Squires and Wilson only British entries at RS:X Worlds

With the rest of the British Sailing Team windsurfers already switched to the iQFOiL, Team GB windsurfers Tom Squires and Emma Wilson are the only British entries for the 2021 RS:X World Championships.

One of the last major events for the RS:X class before they move to Japan for the Tokyo Games, starts on Friday 23 April in Cadiz, Spain.

The current forecast in Cadiz suggests winds could hit more than 30 knots at times as the best of the best battle it out to go into the Olympics as world champions.

Squires is known for excelling in strong winds, and that’s just what the 46 male and 30 female athletes have in store over the course of the five-day regatta.

“My favourite conditions are always going to be stormy high wind days, and it looks like there’s a storm on the horizon!” said Squires.

Squires has some catching-up to do, having finished 21st overall in the recent European Championships.

Squires and Wilson have been training in Cadiz ever since the European Championships in Vilamoura, Portugal, at the start of March.

But with the rest of the British Sailing Team windsurfers already switched to the iQFOiL, the equipment for the Paris 2024 Games, both athletes have had to adapt their training plans.

For Squires this has meant joining forces with a handful of international rivals including reigning world champion Kiran Badloe from the Netherlands.

“This world championships will be the last competition before the Olympics and I’m feeling good on and off the water. It’s been a while since I’ve felt good on the water – it’s taken four years to get to a standard I feel confident with both my environment and my equipment.” 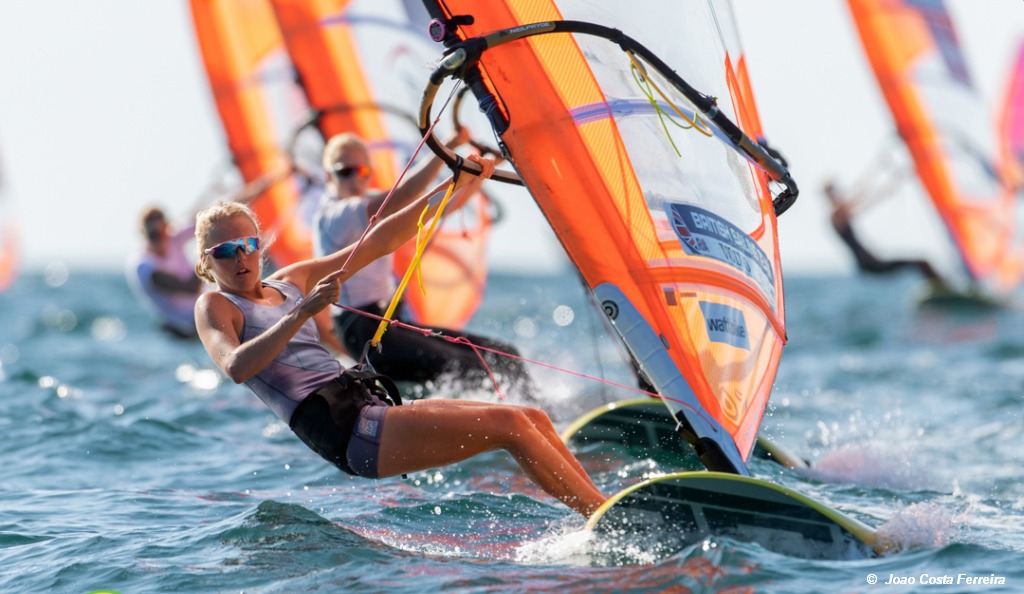 With Tokyo 2020 less than three months away, she is planning on making the most of the opportunity to face her international rivals one last time before heading to Japan.

“We’ve had some great training in Cadiz in some glamour conditions,” said Wilson, “but for the regatta it looks like we might get some good old British weather.

“That means plenty of opportunities, and I’m looking forward to the challenge. The worlds could possibly be my last competition until the Olympics so as always I will give it my all and enjoy it.”

Racing starts on Friday 23 April and will conclude on Tuesday 27 April 2021.