Adding to the RS Aero and International 14 world Championships already taking place in Australia over the New Year will be the Australian Laser/Radial Nationals.

With the Laser/Radial Worlds due to take place in February in Australia, the nationals event has attracted competitors from 17 different nations to sail at the Sandringham Yacht Club, beginning on New Year’s Day.

The Irish also have members of their national squad in attendence, including Annalise Murphy, the silver medallist from Rio, who is now back in contention for the Tokyo Games.

They will face stiff competition from a strong Australian contingent, led by two rising stars. Queenslander Mara Stransky is just 20-years-old, while 19-year-old Zoe Thomson from WA qualified Australia for the 2020 Olympics at the test event in Japan earlier this year.

In the men’s Laser the British seem to be skipping the Aussie nationals (and the Miami World Cup event) to start their warm-up for the Laser World Championship at the same venue from 9 to 16 February, by competing at Sail Melbourne from 17 to 21 January.

Michael Beckett, Lorenzo Chiavarini, Elliot Hanson and Nick Thompson are still in the mix for Team GB selection for Tokyo 2020 and the next couple of months will be crucial for that decision. 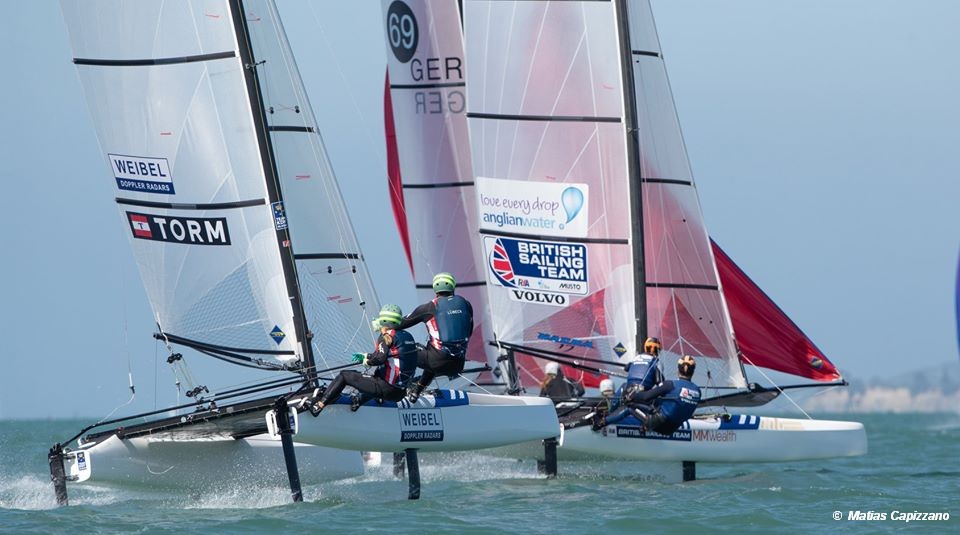 Also in February (8 to 15 Feb) the Nacra 17, 49er, 49erFX 2020 Worlds are taking place at the Royal Geelong Yacht Club just down the coast from Melbourne.

As well as the various 2020 world titles up for competition this is another crucial selection event for Team GB with the Nacra 17 Olympic selecton on the line.

Britain’s John Gimson and Anna Burnet finished fourth overall, with Ben Saxton and Nicola Boniface in sixth at the 2019 Worlds only a month ago, and they now face a rerun which could decide who goes to Tokyo 2020.

And we should not forget the RS:X Worlds taking place in Australia at Sorento from February 23, and the opening SailGP F50 series event in Sydney at the end of February, with what amounts to three new teams taking part for the new season.