The first day had finished after two races with Ossie Stewart (1, 4) tied for the overall lead with Russell Peters (2, 2) on four points, and Hewison (3, 6) third with nine points.

On day 2, Hewitson took the first two races, while Stewart (3, 14) slipped back and Peters (3, 2) moved into the overall lead, two points ahead of Hewitson going into the fifth and final race. 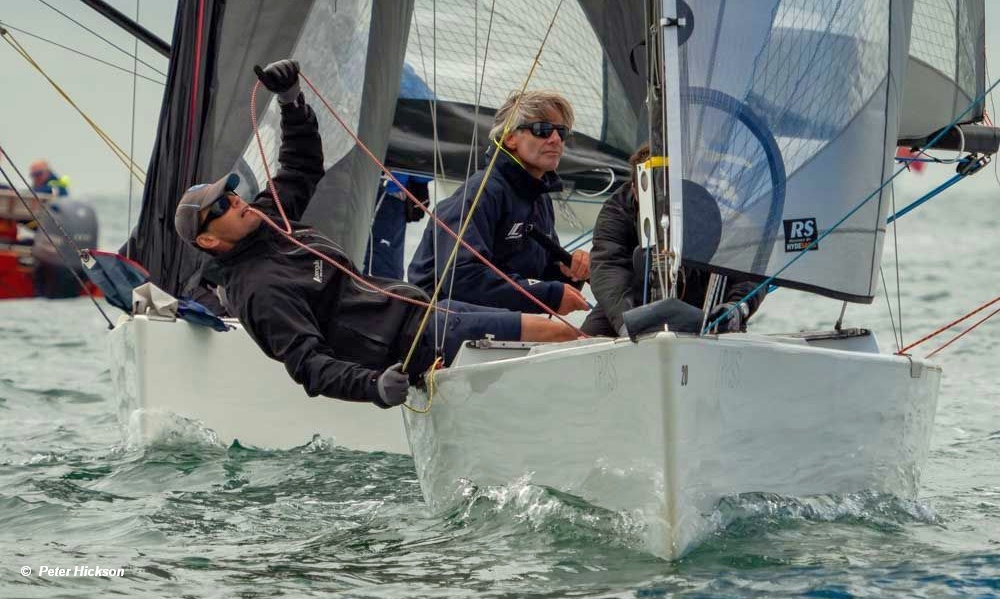 It was now a Peters versus Hewitson title battle with the discard critical . . . Peters had a potential three point discard, and Hewitson a six pointer.

With the discards in play, Hewitson was able to drop the six place finish and move into the overall lead and the championship title.

The race win for Yearsley allowed him to discard a tenth place and move into third place, three points ahead of Stewart in fourth, with Andrew Partington in fifth overall.

Next event for the RS Elite class are the National Championships Thursday 22 to Sunday 25 July 2021.