The RS:X 2019 World Championships open in Torbole, Italy, this weekend.

For many competitors it will be a major indicator for Tokyo 2020 selection, not least for the British Sailing Team competitors, with the first Team GB sailing selections being announced on Tuesday 1 October, immediately after the RS:X Worlds.

The event has attracted 244 entries – 137 men and 107 women – with many hoping to qualify their country for the 2020 Olympics with another eight spaces on offer for the men and nine for the women.

Britain is already qualified, so attention will be focused on winning the championship and possibly influencing the RYA Olympic Selection Committee (OSC) decision.

And in the women’s event will be: Emma Wilson, Bryony Shaw, Saskia Sills, Erin Watson, Islay Watson and Alysia Gibson. 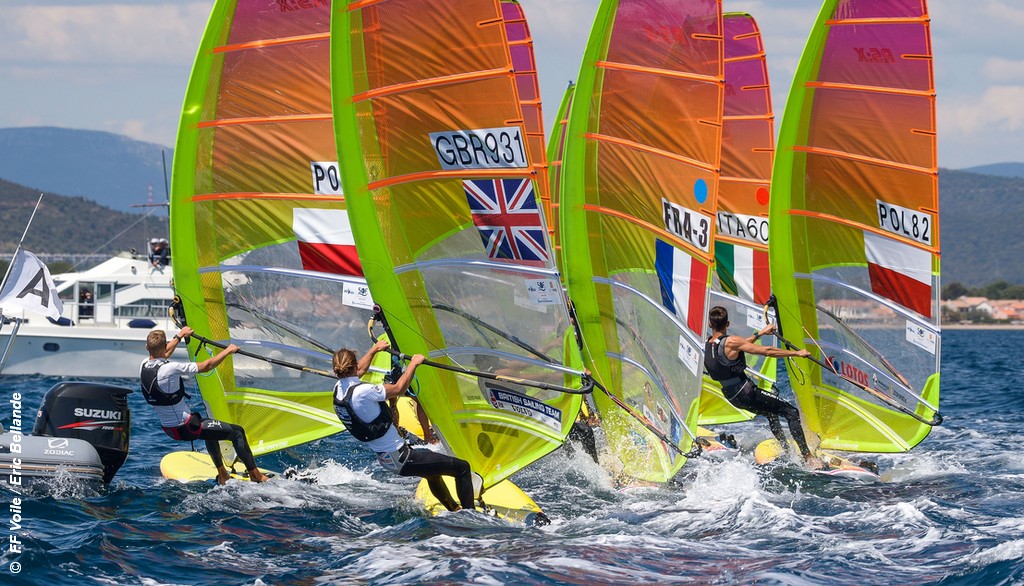 The leading places in Torbole will undoubtedly feature the top competitors from the two recent Enoshima events . . .

In the women’s events Yunxiu Lu of China took gold in both the World Cup Series and the final Tokyo2020 Test event, with Britain’s Emma Wilson finishing fourth and fifth overall.

In the men’s Enoshima events, Louis Giard of France took gold in the World Cup Series and Mengfan Gao of China gold in the Final Test event. Best British competitor was Tom Squires, who placed fifth overall in both events.

For the OSC the leading contenders for Tokyo 2020 look to be Emma Wilson and Tom Squires, with leading alternative choices being Bryony Shaw, hoping to get one more chance to add gold to her bronze medal at Beijing 2008, and Kieran Holmes-Martin who has been vying with Squires all season.

Note that the OSC do not release a list of the events that they are using when considering the British Sailing Team members for Team GB, so it is not known just when the cut-off is.

Although this may become obvious once the first tranch of selections is released on 1 October.

Note that the World Sailing Men’s and Women’s Windsurfer sea trials will take place at Circolo Surf Torbole on Lake Garda, following from 29 September to 3 October 2019.

One Ton Cup - Ran leads by one point after six races