Zsombor finished the event with a 2, 1, and seven points ahead of Caleb Paine of the USA, with Poland’s Piotr Kula in third place.

The international fleet split with the leading 20 competitors racing the majority of the races, while the later section of the competitors dipped in and out as they tuned for the Europeans taking place at the same venue.

Britain’s Giles Scott, now back competing full-time on the Finn circuit, only completed two races (11 and 5), as did his main rival for Tokyo 2020 selection, Ed Wright (16, 13).

Henry Wetherell who will be focussing on the U23 title, was also using the event as a tuning exercise.

The 2019 Finn Open and U23 European Championships are due to take place at the Athens International Sailing Centre from the 10 to 18 May. 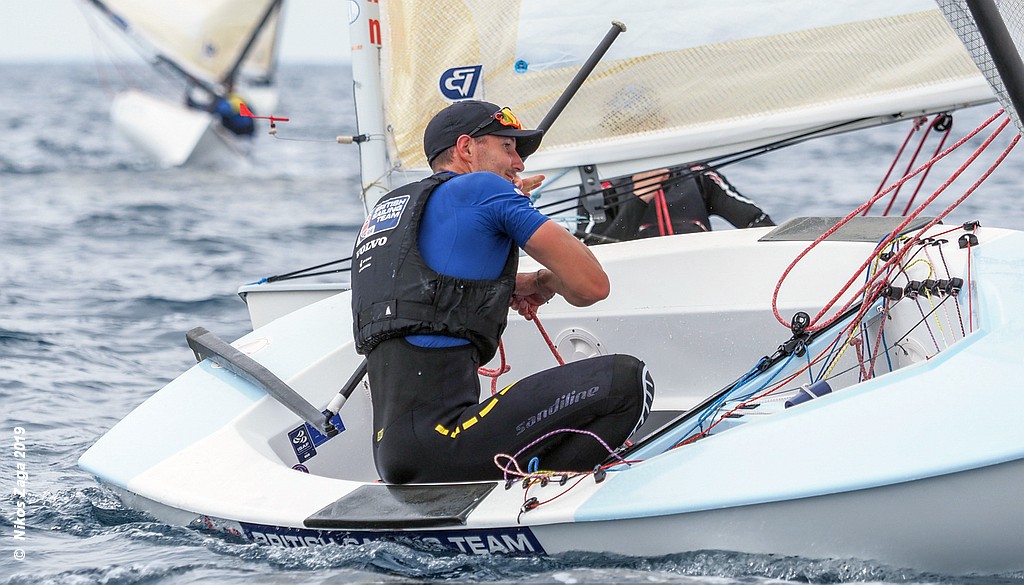 Four Tokyo 2020 Olympic qualification places are available, and many country internal selection places will be decided at the championship.

The British selectors have to decide the Finn entry for the Tokyo final test event (one per class) by the 15 June, so really the only other event before then is the 2019 World Cup Final in Marseille, France, from 2 to 9 June. But no Entry lists are available for the Marseille event to date.

Although the Enoshima test event will give a good indication of the likely Tokyo 2020 Finn entry composition, some countries are leaving final selection until after the Finn World Championships in Melbourne, which take place between 13 to 21 December 2019.