And in a taste of what the Brits can expect, 38 boats from around Australia took part in NSW’s 42nd Tasar State titles hosted by the Georges River 16ft Skiff SC in Sydney over the Easter weekend.

The 2019 State Title winners, were father and daughter team Rob & Nicole ‘Adventures of a Sailor Girl‘ Douglass, the 2005 and 2009 World Champions, who are already entered for the Worlds at HISC.

In second place were Heather MacFarlane & Chris Payne (current AUS Fireball Champions) and completing the podium were Rick Longbottom and Darryl Bentley, who won the Tasar World Championship in the UK back in 1986.

More recent Tasar world title winners in the UK were Australia’s Paul and Bronwyn Ridgway, who won in 2011 at Torbay, and yes they will all be at Hayling Island. 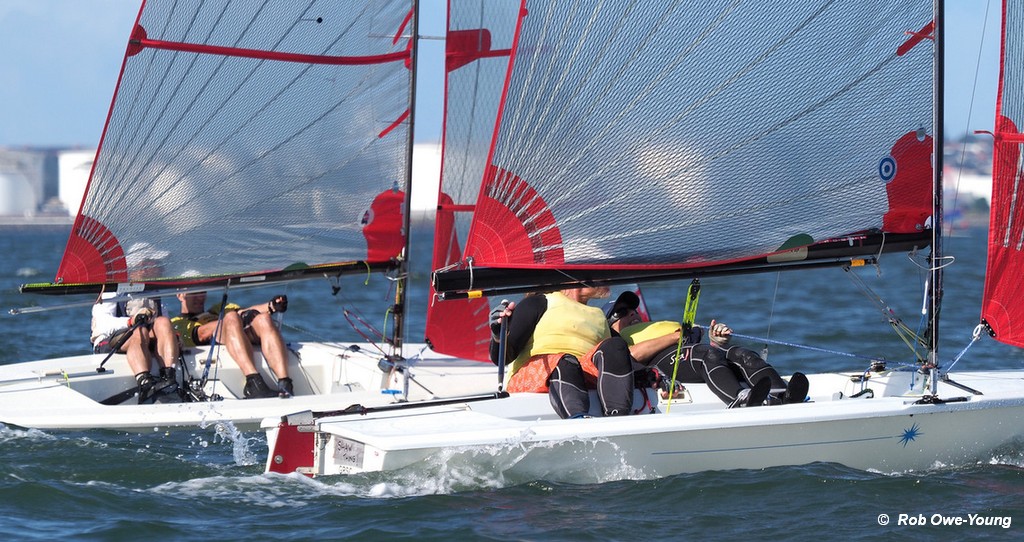 With the Australian’s expecting to send three container loads to the UK next month – 17 Aussies are already entered – it looks like they are set on reclaiming ‘their’ world title back.

The present title holders are Jonathan McKee and Libby Johnson-McKee of the USA.

But can the Brits finally win a Tasar World Title . . .  will it be 22nd time lucky?

For Entry to the Tasar Nationals or the Worlds see the Hayling Island SC website here.