Overnight leader Pieter Heerema of the Netherlands tightened his grip on the Dragon Gold Cup championship by adding fifth and third places to his scorec.

Heerema now has a comfortable, but by no means unassailable, eleven-point delta on his nearest rival. Behind Heerema just four points separate second to fifth places.

Germany’s Dirk Pramann moves up from third to second on twenty-two points thanks to an eleventh and second.

He leapfrogs over reigning Gold Cup Champion Pedro Andrade from Portugal who scored an eighth and seventh to give him twenty-three points total.

Russia’s Dmitry Samokin put in two good races finishing third and fourth to jump up the ranking into fourth on twenty-four points.

While Britain’s Andy Beadsworth sailing for the Turkish Provezza Dragon team came seventh and ninth, dropping them from fourth to fifth on twenty-six points. 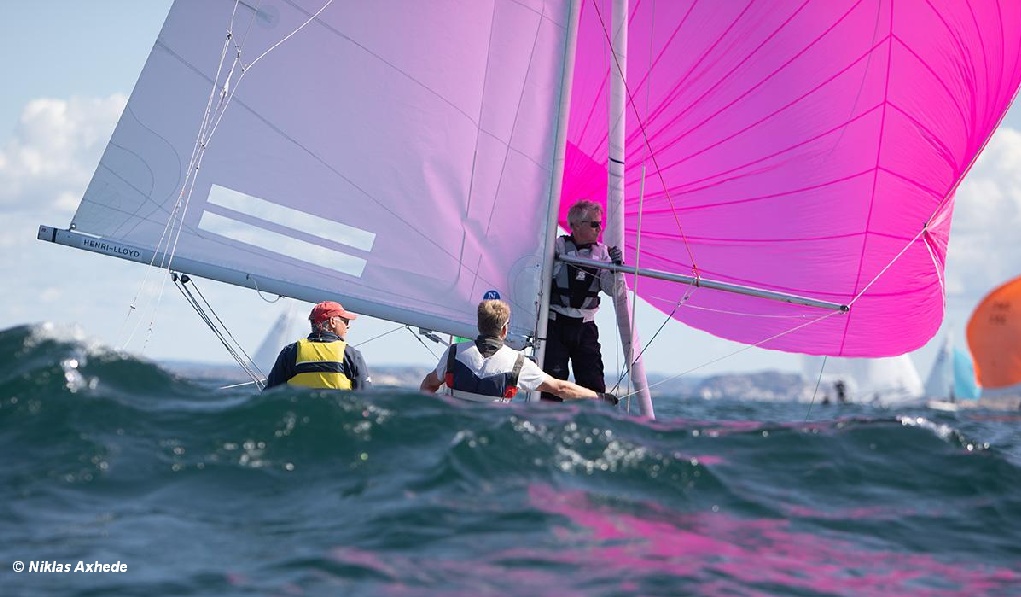 In the Corinthian Division Sweden’s Martin Palsson has begun to establish a good lead on his rivals.

He now has a fifteen-point lead over Belgium’s Ben Van Cauwenbergh and Denmark’s Frank Berg, who both count twenty-four points.

Germany’s Benjamin Morgen lies six points behind them in fourth, while Denmark’s Søren Mortensen, Sweden’s Björn Palmquist and Russia’s Viktor Fogelson are both tied on thirty-seven points with Mortensen taking fifth on countback.

The regatta concludes on Friday 20 September with two races schedule for the final day with the first warning signal at 10:00 and no warning signal to be made after 15:30.