Fast40 have to wait another day

The Fast40 Class were looking forward to the first event of the 2021 Race Circuit this weekend, as part of the RORC Vice Admiral’s Cup.

However, the opening day on Friday was called off with average winds of 40 knots sweeping through the Solent.The forecast for Saturday is much better while Sunday should start with moderate winds, increasing through the day.

Five teams will sail this first regatta of the year. Two more teams remain stuck outside the UK in Holland and Sweden, while an eighth boat, Arabella, will start sailing from Cowes Week onwards.

All of the crews are just happy to be back on the water.

Racing is set to commence at 10.30 on Saturday with three windward-leeward races followed by a Round The Cans race. 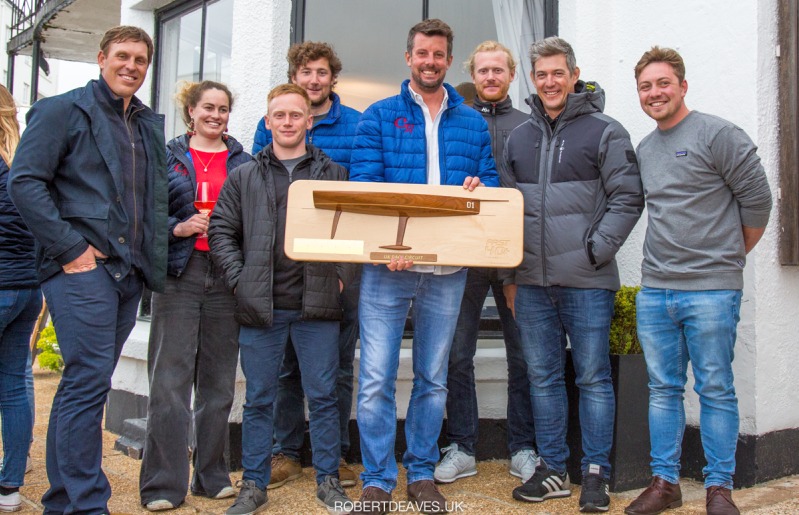 On Friday evening, a drinks reception and prizegiving for the 2020 Race Circuit took place at the RORC Clubhouse, with Dave Bartholomew collecting the coveted trophy on behalf of Tokoloshe.

He explained how it came about. “It ended up being a very close season, but Rán didn’t have enough races to beat us, so we beat them by one point, which was quite an excitingly weird finish to the season.”

Tokyo moves to Delivery Mode with 63 days to Opening