The International Olympic Committee (IOC) Executive Board are meeting this Wednesday to discuss preparations for the postponed Tokyo 2020 Olympics.

The insidethegames website has reported that the IOC will send a letter to National Olympic Committees (NOCs) asking them to actively engage with their respective Governments to get a “full picture” on the vaccination situation in their countries.

While the IOC and Tokyo 2020 have stressed the vaccine will not be a “silver bullet” for the Games, their development has nonetheless boosted hopes of the Games going ahead.

It forms part of the countermeasures the IOC and organisers are planning to implement if the Olympics and Paralympics take place as planned.

A series of “playbooks” for the Games are expected to be published next week. These will outline how the Olympics and Paralympics can be held safely, with rapid testing and vaccines.

A state of emergency is currently in effect for Tokyo and 10 other prefectures until 7 February. 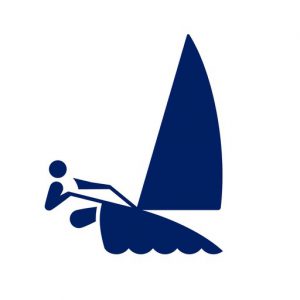 Japanese media are reporting that the government may have to extend its state of emergency, if no major improvement is seen in the number of coronavirus infections.

In the UK questions are being raised over British athletes being sent to the Tokyo Games without being fully vaccinated, despite Sir Mo Farah saying that he had been assured that they would receive Covid-19 vaccinations.

The British Sailing Team are expected to start competing at major events in early March, and the pre Olympic sailing event in Enoshima is scheduled for early June.

Delays in giving the second injection mean that team members may not be fully vaccinated until just before the Games start on the 23 July 2021.

The unequal distribution of the available vaccines around the world is also raising quesions as to unfair advantage those getting an early vaccination would have over their rivals.

Differing internal coronavirus restrictions are also having an effect on the training that athletes are able to take part in and the competitive events they can travel to.

It could also lead to a mix of vaccinated and unvaccinated athletes attending the Games, requiring different quarantine and testing regimes.

The RYA, who organise the British Sailing Team, has indicated that their intention is to ‘compete at major international regattas in the lead-up to the Games providing we can do so safely and legally‘.

America's Cup - Patriot is back in her natural element