It felt more like June, with a shorts and T-shirts weekend for the Royal Ocean Racing Club’s 2020 IRC championships on the Solent.

Despite being new to their A35 Arcus, John Howell and Paul Newell’s crew managed perfect scorelines on day one and Sunday to win not just IRC Three, but the IRC National Championship overall.

Demonstrating how the RORC’s IRC rating rule smiles on professionals and amateurs alike, the Arcus crew is firmly in the latter camp, comprising principally co-owners Howell and Newell and their sons, who come from the Buckinghamshire area. 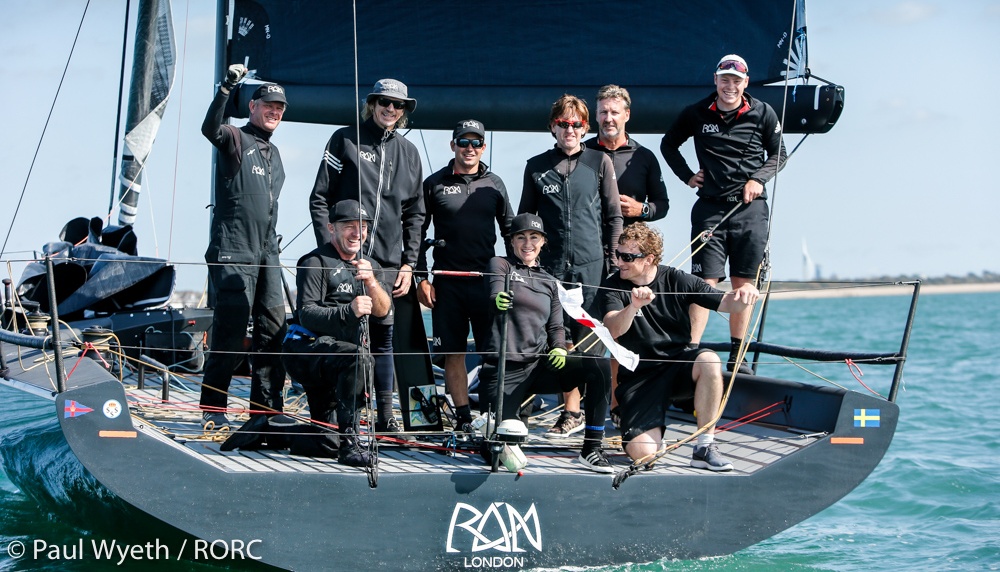 At the opposite end of the IRC spectrum, a 1-3 Sunday was enough to comfortably secure Niklas Zennström’s FAST40+ Rán victory by five points in IRC One, but a few uncharacteristic blemishes on their scoreline dropped them to second overall.

Having led the fleet around the race track this weekend, Tony Langley’s TP52 Gladiator finally made up her time to secure her first win of the event in today’s final windward-leeward. This was Langley’s first event of 2020.

The hardest fought victory across the three classes was that of 2012 winner David Franks aboard his J/112E Leon.

They had been handicapped with Franks only coming out of COVID-19 isolation on Friday.

Due to social distancing restrictions no prizegiving was held.