Olympic-bound Tom Squires feared his Olympic dream had gone as the Tokyo Games seemed about to be cancelled because of the coronavirus pandemic.

But with the Games only postponed to 2021, a gap has now opened and Team GB’s debutant windsurfer is determined to blast right through it.

After all, 16 years after Squires’ journey started, what’s one more to wait?

Born and raised in Oxfordshire, the best part of two hours away from the nearest beach, Squires did not touch a board until he was 11 and, until last year, he only really saw it as a bit of fun.

He spent the first portion of his career as Nick Dempsey’s training partner, helping the five-time Olympian to his third medal at Rio 2016.

Last year, he almost gave up windsurfing altogether to pursue his other passion of gardening.

It was only 12 months ago, when he was in Japan for an Olympic qualifier and relying on equipment he admits was “almost unprofessional”, that it hit him how much he wanted to become an Olympian.

Now, he believes the delayed Games could be a blessing in disguise and increase his chances of a medal.

Squires’ path has taken him all round the world. From Australia and Japan to Bulgaria and Poland, the 26-year-old is living the dream. But it’s only 12 months since he hit a fork in the road.

“I went to a test event with one boom and one sail last year, which is so below the minimum, almost unprofessional because if things break and don’t go right then I would have wasted all my time and money into getting here,” he said.

“So I had to beg, borrow and steal anything. I even got a sail from a Maltese windsurfer! And it was at that point that I realised my life could go one of two ways. Can I push forwards and qualify or will I have to go and get a normal job?”

Squires missed the Team GB selection spot by one place.

“That was my ticket and I missed it so I had this rollercoaster of emotions from that.”

“I was so gutted to miss out and that surprised me a little bit, how much I really wanted it. So I went to the next event and qualified.”

“I wanted it more than anything and it was such a relief.”

In Squires’ camp will be the familiar name of Nick Dempsey, who in a role change is acting as his coach for Tokyo.

Much will change in the next 15 months, and when Squires is able to get back on the water is worryingly uncertain.

But what won’t change is just how much it will mean when he finally touches down in Japan.

“I can’t wait. When I qualified I called my parents. They were shocked because it was all so surreal,” he added. “I am just this boy from Oxfordshire so to do a sport on the water when you’re from the middle of the country is crazy. You do it for yourself but you always do it for those around you.”

“We did not celebrate too much. It was just relief. I wrote letters to people thanking them for believing in me and that was very humbling. You don’t have to be anyone else but yourself.” 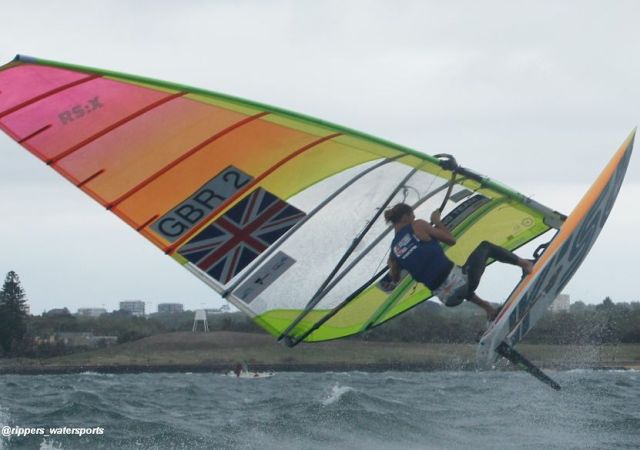 With sailing still banned in the UK under the government coronavirus restrictions, the squad are all in lockdown and struggling to maintain their fitness levels.

With the international Olympic regatta scene looking unlikely to get back in action until much later in the year, the first major event for Squires and Emma Wilson could be the rescheduled 2020 RS:X European Championships, in Greece in late November.

And because of the Tokyo Olympics moving to July 2021, there will be the chance to compete in another World Championship before the Games, the 2021 RS:X Worlds in Qinhuangdao, China in May 2021.

Team GB Sailing Squad – Just who are they?

Kieler Woche 2020 going back to its roots