Saxton and Boniface dominated the class with another consistent day inside the top three, to finish 22 points ahead of the French pair, Billy Besson and Marie Rio, with Thomas Zajac and Barbara Matz of Austria completing the podium.

This win puts down a marker for the Nacra 17 World Championship and also for the British Olympic Tokyo 2020 selection process.

Major rivals for the Team GB place, John Gimson and Anna Burnet, finished eighth and will be mounting a major challenge to Saxton and Boniface in the worlds next week.

In the men’s 49er Benjamin Bildstein and David Hussl of Germany retained their lead to take the Oceania title.

In second place were Diego Botin and Iago López Marra of Spain, and in third place were Peter Burling and Blair Tuke who managed to overtake Olympic selection rivals Isaac McHardie and William McKenzie, who finished fourth. 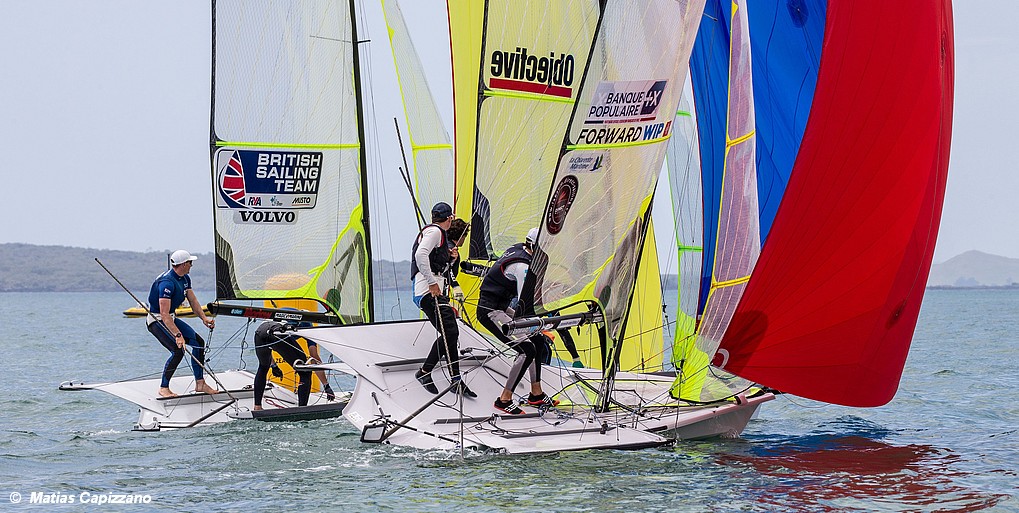 Already selected for Tokyo 2020, they will now concentrate on their Olympic campaign, following yesterday’s news that Ben Ainslie is to take over the Great Britain SailGP team and will helm the F50 in the 2020 SailGP series.

In the women’s 49erFX, New Zealand’s Alexandra Maloney and Molly Meech rallied on the final day to take the Oceania title ahead of Stephanie Roble and Maggie Shea of the USA.

Spain’s Patricia Suarez and Nicole van der Velden completed the podium in third place, after Martine Grael and Kahena Kunze of Brazil decided not to sail the final day.

Action now moves to the World Championships for the three Olympic classes, starting in Auckland on Tuesday 3 December with the Qualifying Races.