The much rumoured tie-up between INEOS Team UK and Great Britain SailGP was finally announced on Tuesday in London.

The move, initiated by Ben Ainslie, will mean that he will take the helm of the F50 foiling multihull – which he last sailed at the 35th America’s Cup in Bermuda – on the 2020 SailGP League circuit kicking off in February.

This will be in addition to his role as helm of the INEOS Team UK America’s Cup AC75 foiling monohull.

Ainslie sees the chance to gain much needed race practice in these type of foiling boats, while the British SailGP team is relieved of financial pressures as the billionaire backer Larry Ellison calls for the teams to take greater financial responsibility.

But this move is really more than that . . .

It puts Ainslie back in a regular top level competition situation, and gives the Ellison / Coutts SailGP League just the boost it needs to keep the momentum of the first season rolling. 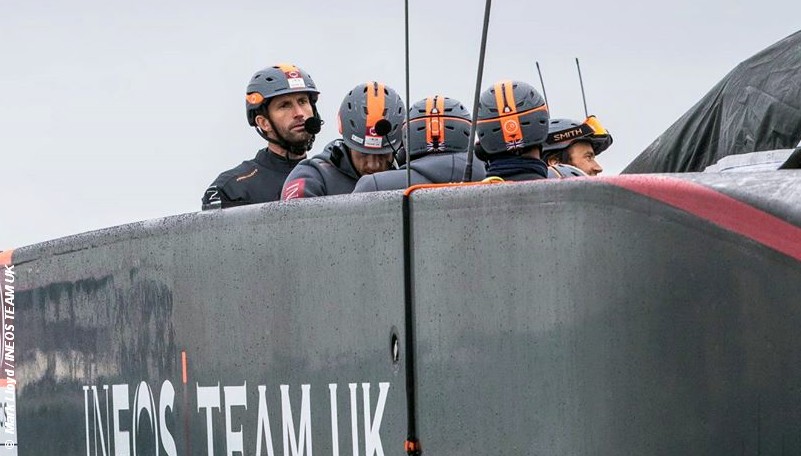 With financial support from INEOS alongside Belstaff, Grenadier and AFEX as Supporting Partners, and Ainslie with a mix of AC and SailGP crew members the 2020 circuit looks an exciting place to be.

Details are still being worked out, but Chris Draper will continue as SailGP team manager (non-sailing) and Matt Gotrel joins Ainslie as the second official team member of the 2020 SailGP squad, he will also join Ainslie and INEOS Team UK in their America’s Cup campaign.

The situation regards present Helm Dylan Fletcher and flight controller Stuart Bithell was not clarified, but it seems they will still be involved with SailGP in some way.

This will be in addition to testing and training on the first AC75, Britannia I, which is on its way to Cagliari, Sardinia, where Ineos Team UK have built a temporary base and where the first AC75 world series races will take place in April.

Late in September the second AC75 – currently in design/build in the UK – is expected to be launched, and another round of testing and training will take place before one, or perhaps both boats, are re-located to Auckland, New Zealand for the AC75 racing in December 2020.

The actual America’s Cup racing is in Auckland from January to March 2021.

This combination of full-on competitive racing in both classes, combined with the testing and preperation of the two AC75s, with each of the events taking place at different venues around the world, will put a lot of pressure on Ainslie and his crews.

Something he thrives on and seems very enthusiastic about. 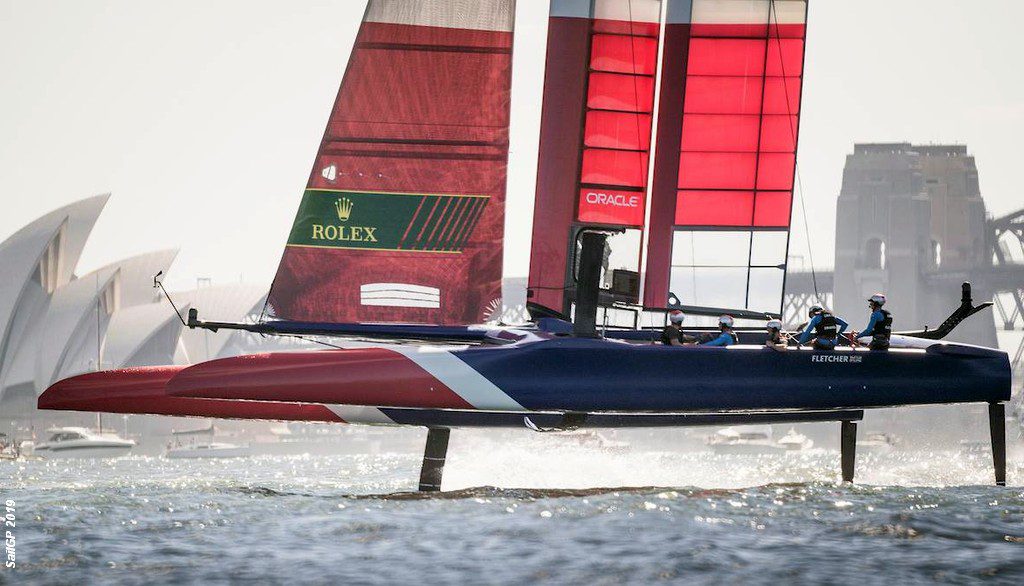 Sir Russell Coutts was pressed for more details of additional SailGP events and the new team that is joining the circuit.

Although he was reticent to divulge much while they tie-up final contracts, he did drop the name of Danish Olympic Finn sailor Jonas Høgh-Christensen, so it seems likely that a Danish SailGP team will be announced soon.

Also due this week are the venues and possibly dates for the other ACWS events – required to be announced by the 30 November – with Ainslie hoping that a Portsmouth UK event will get the nod.