The Royal Ocean Racing Club’s 2019 IRC National Championship has been won out of the blue by a first timer – Stuart Sawyer’s J/122 Black Dog, rounding off the series Sunday with a final win for a 15 point victory from the Blair family’s King 40 Cobra.

While the form was firming up in most classes, oddly the opening race saw a new winner in every class, partly caused by a significant shift on the final run.

In IRC 1, it was the turn of French owner Dominique Tian on the Ker 46 Tonnerre de Glen to prevail, while in IRC 2 it was Performance 40 season leader Christopher Daniel’s J/122E Juno.

The IRC 3 (and HP30) win went to Malcolm Wootton’s modified Farr 30 Pegasus while Jubilee and Whooper were both upstaged in both the day’s races by the Southworth’s Quarter Tonner Protis.

Even in the FAST40+ class Tony Dickin’s newly acquired Carkeek 40 Mk3 Jubilee managed to break the unbroken string of wins of Peter Morton’s Girls on Film.

Nonetheless, after the mathematics were applied, Black Dog was determined to be the worthy recipient of this year’s IRC National Championship title. 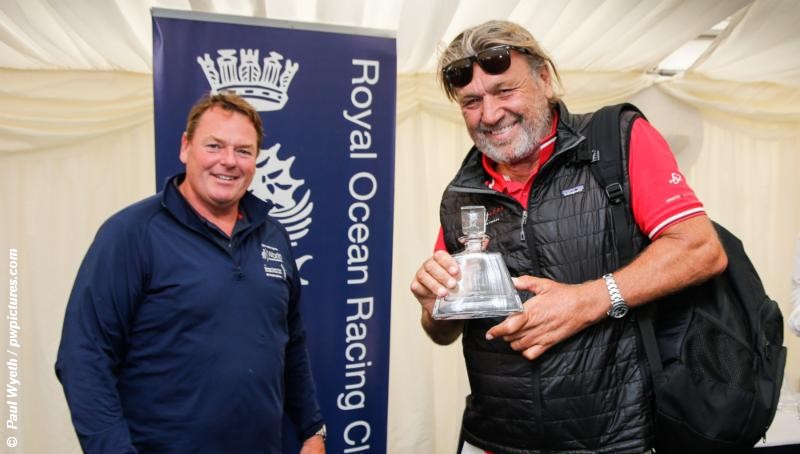 In IRC 1 all four boats won races, but ultimately it was Tony Langley’s highly polished Gladiator crew, including the likes of Iain Percy and Jules Salter, that prevailed. Despite being a prolific TP52 owner, simultaneously campaigning three boats, this was Langley’s first IRC Nationals.

The closest competition for Black Dog’s overall IRC Nationals win came from David Franks’ J/112e Leon. Her otherwise perfect scoreline was broken twice Sunday, by Pegasus and then in race two by Bruce Huber’s Xanadoo, one of two sisterships to Leon competing.

One of the tightest battles occurred in IRC 4 where Nigel Goodhew’s Sun Fast 3200 Cora and defending champion Giovanni Belgrano on Whooper both suffered disappointing days enabling the Southworth-powered Protis to leapfrog them into second overall. 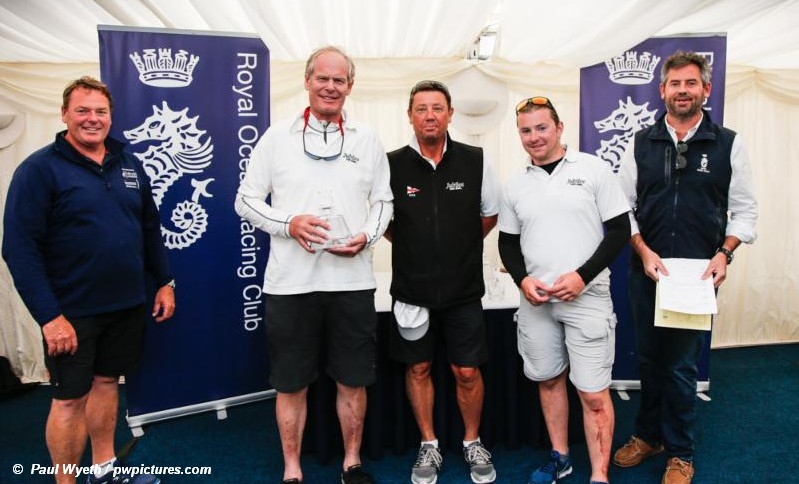 However winning overall by five points with a consistent 2-2 today was Christopher Preston’s J/109 Jubilee.

“We had a pretty good weekend with seven firsts and a second,” acknowledged boat captain Nick Butt, who reckons he has done most IRC Nationals since the event started. Owner Peter Morton was not on board today, and the only point they dropped was in Sunday’s first race.

The HP30 fleet raced in IRC 3 and was won, with the exact same scoreline as Girls on Film, by Locke family’s Farr 280 Toucan.