Sailors from Norway, Canada, Great Britain, Australia, Chinese Taipei and Brazil took the remainder of the podium spots after Sunday’s final showdown in the Spanish sun.

The star of the week was undoubtedly French 2.4mR sailor Seguin, who won nine out of the 12 qualification races to all but wrap up gold, and then took the Medal Race victory to seal an impressive overall points total of 15.

Antonio Squizzato (ITA) and Bjørnar Erikstad (NOR) finished second and third to take the silver and bronze medals respectively. 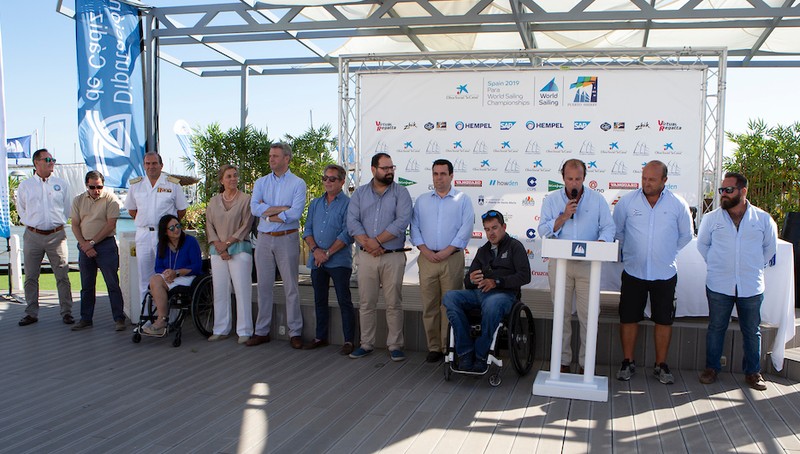 The RS Venture Connect semi-final was contested by six teams in a dramatic winner-takes-all final.

The Italians Olmi and Di Maria pipped John McRoberts and Scott Lutesto of Canada for gold, with last year’s champions Will Street and Johnny Currell of Britain taking bronze.

In the Hansa 303 Men’s class, Piotr Cichocki has dominated all week and Sunday clinched the 2019 title with a Medal Race victory, finishing 19 points ahead of the rest of the pack.

Chris Symonds (AUS) and Chi-Chian Wu (TPE) did enough in the final race to hold onto their respective second and third positions.

The Hansa 303 Women’s class was not so clear-cut, with most of the six-boat Medal Race fleet still in with a chance at a podium spot.

But it was Violeta del Reino who kept her composure to clinch the final victory and with it, the gold medal in her home country.