The last day of the Dragon Grand Prix Germany 2019 proved to be an absolute cliffhanger as overnight leader Peter Gilmour, sailing JPN56 YRed with Sam Gilmour and Yasuhiro Yaji, and second placed Dmitry Samokhin, sailing RUS76 Rocknrolla with Andrey Kirilyuk and Aleksey Bushuev, battled it out for supremacy in two extraordinary final races.

Pieter Heerema sailing NED412 Troika with Lars Hendriksen and George Leonchuk proved to be the star of the day with a pair of first places, but he’d gone into the day with too much to do and could climb no further up the leader board than third overall.

In the penultimate race Gilmour and Samokhin came to the finish line with Samokhin eighth and Gilmour twelfth.

Completion of the fifth race brought the discard into play andfor the final race Gilmour was still hanging onto his lead by six points from Samokhin.

Both boats got decent starts in race six, but it was clear that Samokhin had a speed advantage and he took off on the heels of Heereman in the knowledge that the situation was now in the lap of the Gods.

As they came to the final finish line Samokhin crossed in second behind Heerema and just ahead of Frenchman Gery Trentesaux.

There followed an anxious few moments as Samokhin and his team stared back down the track until, with relief, they watched Gilmour cross the line in tenth place. 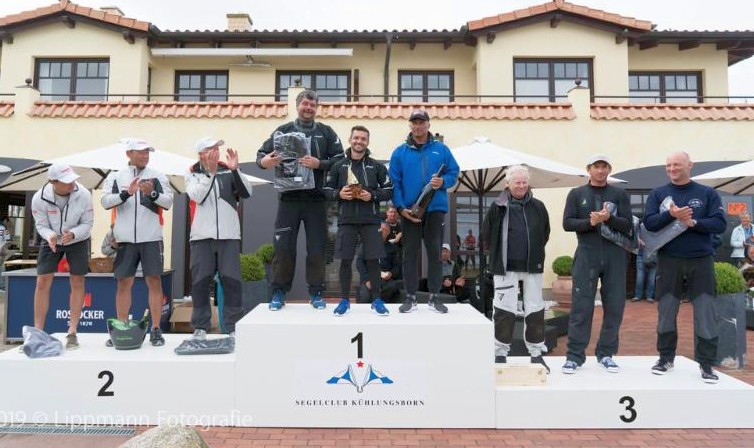 With the final scores calculated Dmitry Samokhin was the victor by two points from Peter Gilmour with Pieter Heerema third.

The fourth and final qualifying regatta in the series and the Dragon European Cup Grand Final will both take place in Porto Portals, Mallorca in November.

Day 2 of the IRC Nationals at Cowes