The 2022 Finn Gold Cup – the class World Championship – will take place in Malcesine, Italy from 15-21 May, organised by Fragila Vela Macesine in conjunction with the International Finn Association.

That introduction welcomes you to the brave new world of International Finn sailing. For the first time since 1952 the class is not an Olympic event.

And although there is life after the Olympics the make-up of the 100+ entry for this Gold Cup has a very different feel. Only one former Finn Gold Cup winner is competing next week, Germany’s Thomas Schmid, who won in 1988.

That is not to say that there is not a strong list of contenders to try and become the 66th winner of this legendary cup, but the potential Olympic contenders have scattered to other areas of competitive top flight sailing. 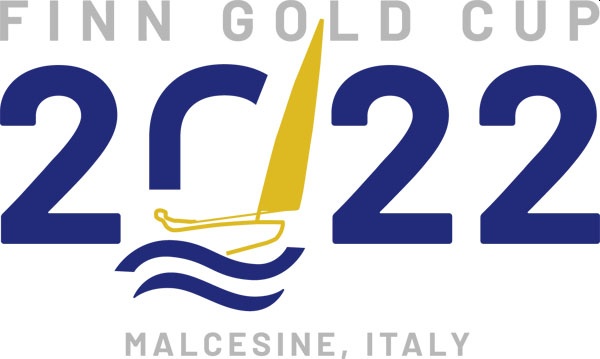 Nowhere is that more noticeable than in the British entry.

British competitors won Finn gold at the last six Olympic Games, and eleven Finn Gold Cups since 2000 with many other podium places. This year there will be one entry, the former Masters Champion John Geenwood.

The British connection stretches back to 1956 when the Gold Cup was presented to the International Finn Association by the late Frederick G. ‘Tiny’ Mitchell of the Royal Corinthian Yacht Club . . . with the first Gold Cup event held that year at Burnham-on-Crouch in England, won by André Nelis of Belgium.

The first British winner was Vernon Stratton in 1960 at Torquay on the south coast of England.

The Finn class is determined to maintain the Finn Gold Cup as its pinnacle event, and for it to remain attractive to top sailors across the world.

For 2022 the class chose Lake Garda to ensure the event was held at a popular venue that was accessible and attractive to the majority of Finn sailors. This will mark the first time that the Finn Gold Cup has ever been held on Lake Garda and looks like being one of the highest attended editions for half a century.

However, Malcesine has a long history of Finn class sailing.

The annual International Finn Cup is the oldest regatta run by the club, having been run for 41 years, while the Andrea Menoni Trophy has now been running for 18 years. The club has also twice hosted the Finn European Championship, in 1979 and 2001.

The 2022 line up includes several former Olympians, with Dutchman Pieter-Jan Postma headlining the list of favourites.

In addition there are a number of former Masters champions including Portugal’s Filipe Silva and John Greenwood from Britain. Current Grand Masters Champion Laurent Hay, from France, is also sure to be figure well.

The event will also include the Finn Silver Cup, for the U23 world title. The defending champion, Domonkos Németh, has been training hard and should also figure well in the senior fleet.

The first racing will take place on Tuesday 17 May with two races scheduled.