British Sailing Team pick and mix in the Covid-19 lottery

As the chaos caused by the America’s Cup sudden lockdown in Auckland has just demonstrated, even the best protected of countries must be on their guard where Covid-19 is involved.

The Tokyo Olympics may or may not be taking place this July, but potential competitors are still desperately trying to qualify, with all the logistics that involves as event dates are shuffled to avoid last minute Covid restrictions.

The big spring Olympic classes regatta, the Princess Sofia on Mallorca has been postponed to later in the year, so members of the British Sailing Squad are casting around for suitable events to prepare for the Games, if or when they kick off in Enoshima in July.

Before then there are several important championships scheduled to take place, Covid-19 restrictions allowing.

Vilamoura, Portugal has been a regular winter training base for the British Team and have been running some training events throughout the pandemic.

Portugal went into a raised level of COVID-19 pandemic control, starting 31 January, but if you are a professional ‘elite sport’ sailor and have the correct paperwork this is where you will be heading, if not already training there. 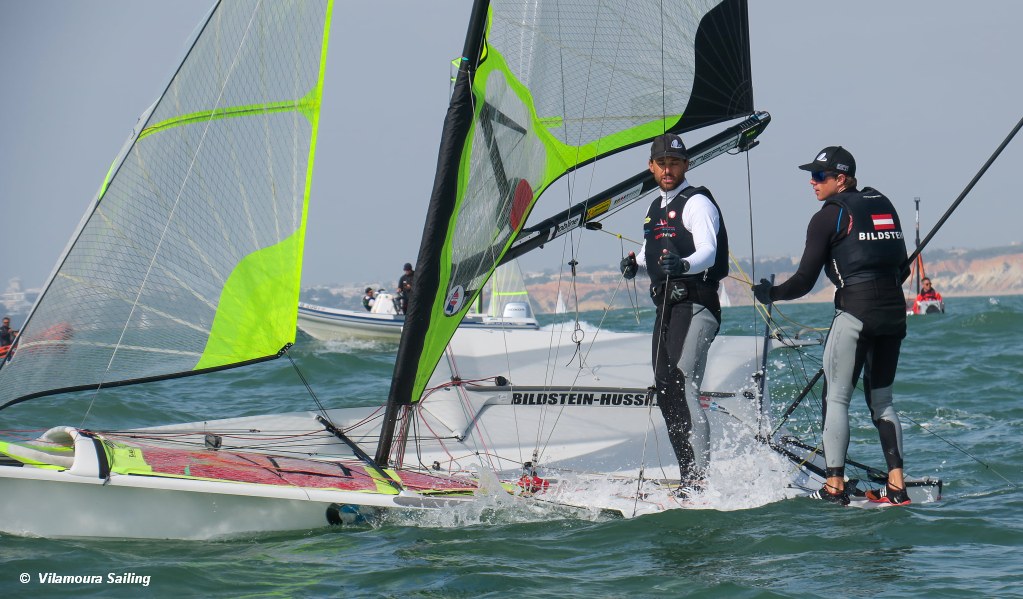 A Warm-Up regatta for the 49er was held over last weekend with 24 entries, was won by Ben Bildstein and David Hussl of Austria. Britain’s James Grummet and Daniel Budden finished in 12th place.

Britain has four entries in the mixed 470 event (the Paris 2024 470 event). There are also British entries in the Laser and Radial events, including Team GB sailors, Alison Young and Elliot Hanson. And possibly Emma Wilson in the RS:X.

The first full-on championships are the 470 Worlds from 5 to 13 March in Vilamoura, Portugal, they are also the European 470 qualification event for the Tokyo Games.

Entry to date is women 26 and men/mixed 47, obviously lower than normal, but it does include six British entries including Team GB selections – Luke Patience and Christian Grube, and Hannah Mills and Eilidh McIntyre. 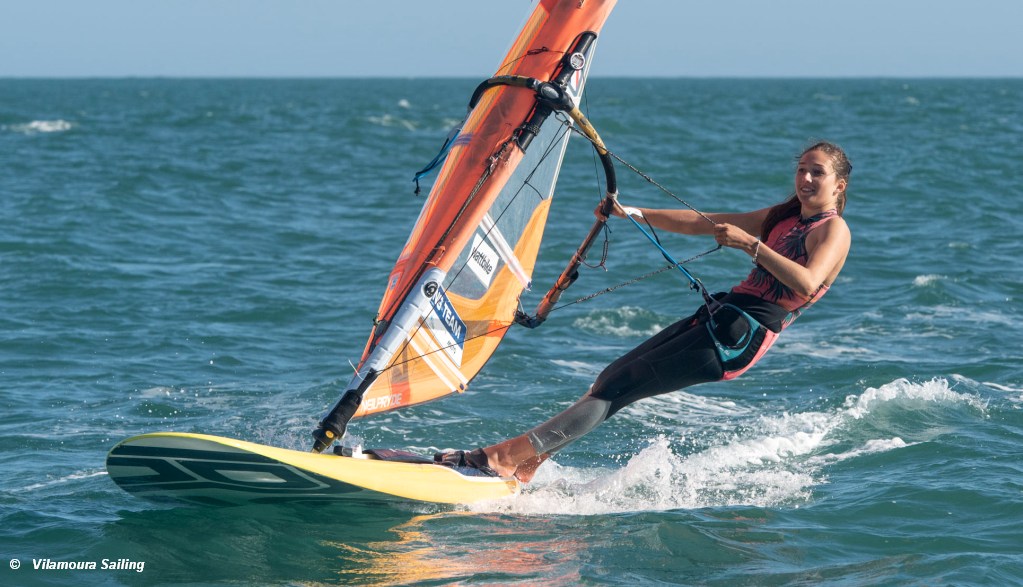 Over the same period 8 to 13 March, Vilamoura is hosting the RS:X European and Youth World Championships.

Entries in total are 48 but most are still pending completion. Britain’s Team GB selections, Tom Squires and Emma Wilson are on the entry list.

The 49er, 49erFX and Nacra 17 classes have a rearranged event, the 2021 Lanzarote International Regatta, which is the European Olympic Qualifier and also the African Qualifier for the Nacra 17.

This will take place out of the Rubicon Marina on Lanzarote from 21 to 26 March.

Going into April the major event is the French Olympic Week at Hyeres, now stretching to most of the month to incorporate the Finn Europeans and the RS:X Worlds. And then hosting the 470 European Championships in the first week of May.

A busy time for potential Olympic competitors, present and future, and word from the RYA is . . . if they’re going ahead our Team GB guys will be there.

The selected Team GB athletes for Tokyo are:

Scramble for final Olympic places as Covid shuts the door

Goodison explains how the powerful AC75 rig is controlled