For British expectations it was their worst nightmare, they had been here before but thought it was a distant memory.

Ineos were stuck, no hope of getting on the foils for anything like a decent start, which in these F1 style machines, means at max speed and at least, the very least, overlapped.

Anything else and you are in ‘there is no second’ territory’.

And Ineos was way past that point, it was race over but no chance to call for another take, they just had to trail Luna Rossa round the race track, hoping for a gear failure or handling error to save face.

But Jimmy Spittle and Francesco Bruni were not going to waste this gift horse, careful and controlled, nothing flashy, the Italian team kept a loose cover and extended to a 1:52 victory.

There first win over the Brits at this event.

Ben Ainslie’s, ‘We were definitely slow in that race’ summed it up.

With the breeze up to a decent 16/17 knots, race 2 looked a better proposition for Ineos.

And the start was definitely better, Ineos crossing just ahead and overlapped with Luna Rossa and then forcing them to tack away early.

Text-book stuff and hopes were high that Ineos had the speed in these conditions to take the fight to Luna Rossa.

But as they came back together for the first cross it was Luna Rossa who forced Ineos into a sloppy duck and from then slowly opened their lead to 11 sec at Gate 1.

The speed difference was then enough for Luna Rossa to stretch out a decent 26 sec and near 500 metre lead at the finish. 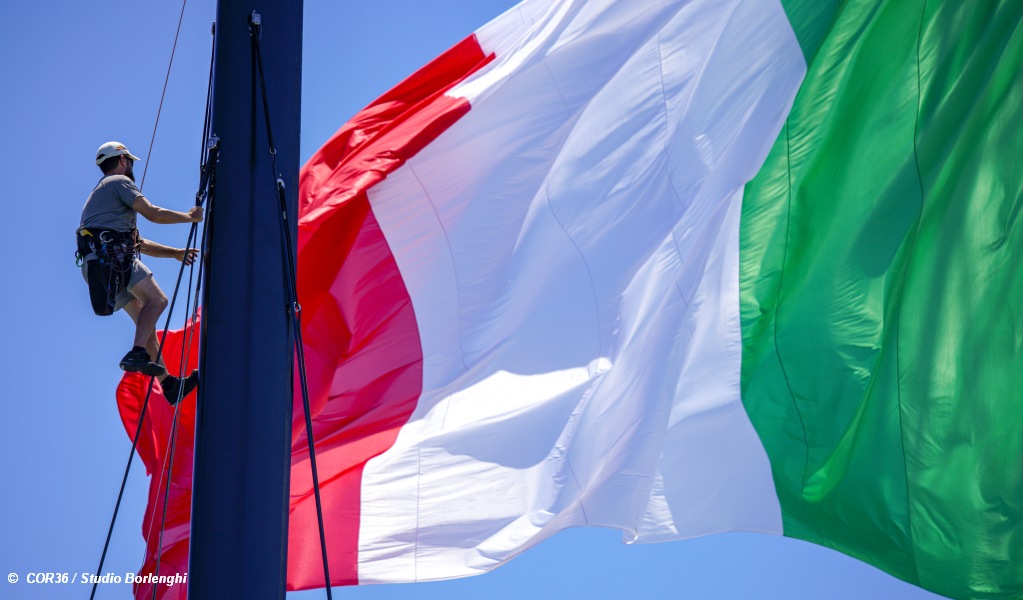 A 2-0 lead to Luna Rossa Prada Pirelli at the end of the first day was surely not in the British playbook after their improved performance in the round robins.

But is there really anymore in the designer’s box of tricks that can raise the level again?

Ainslie’s take on the day, “The Italians did a good job, they sailed just a bit faster and bit better around the course. Credit to them. We have to go away and think about how we can get a bit more pace, and look at the things we didn’t get quite right.”

Day 2 and another two races, possibly more breeze, and fingers crossed that Ainslie can kickstart one of his signature comeback performances . . . 4-0 after the first weekend would really be sailing close to the wind!