Ten years ago the first GRP Solent Sunbeam was added to this near 100 year old classic Fleet.

Since that landmark launch day – 8 July 2010 – eleven new GRP Sunbeams have been built, including two which will be launched in 2020.

Roger Wickens, owner of Solent Sunbeam V26 Danny, who is a keen enthusiast of this historic yacht as well a highly successful helm, has published ‘The Story of the GRP Solent Sunbeams’ an informative illustrated account of the origins of the GRP addition to the classic 1922 Alfred Westmacott design. 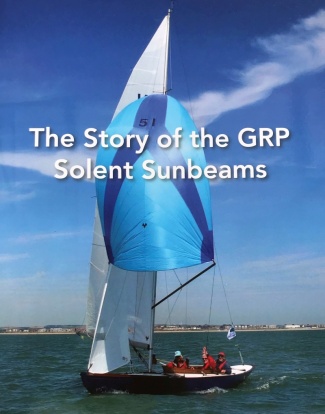 What is detailed all flowed from a telephone call just after Christmas 2009, when Sunbeam owners Alan Stannah and Roger Wickens discussed the perilous state of the fleet numbers at Itchenor SC, and wondered if a GRP version would attract new entrants to the fleet with the lower build and maintenance costs.

The story of how they went about producing the first GRP Sunbeam, with the assistance of the late acclaimed Naval Architect Theo Rye and boatbuilder Mark Downer on the Isle of Wight . . . covers not just the technical hurdles that had to be overcome, but also the traditional rivalry between the two Sunbeam fleet divisions – Solent and Falmouth.

The last all-wooden boats had been built in the heart of the Falmouth fleet in 2008, with the skills needed to build and maintain wooden boats embeded in the fabric of that port.

And although agreement was eventually reached by the two divisions to design and build a test GRP Sunbeam . . .  when the vote came to be taken to accept V61 ‘Betty’, the first GRP Sunbeam, which had raced extensively throughout that first season taking part in 36 races with every Sunbeam owner trying her out . . . the Falmouth Division refused to accept the new GRP boat.

This put the whole GRP project, seen by the Solent Division as essential for the survival of the Sunbeams at Itchenor, in jepardy and the Solent Division decided to revert to being the ‘Solent Sunbeam Class’, as it had been before the merger with the Falmouth Sunbeams in 1965.

The Solent Division agreed that Betty raced equally against the wooden boats, and with the Solent Sunbeam Class accepting her as a Solent Sunbeam, the green light was given to building new GRP boats. 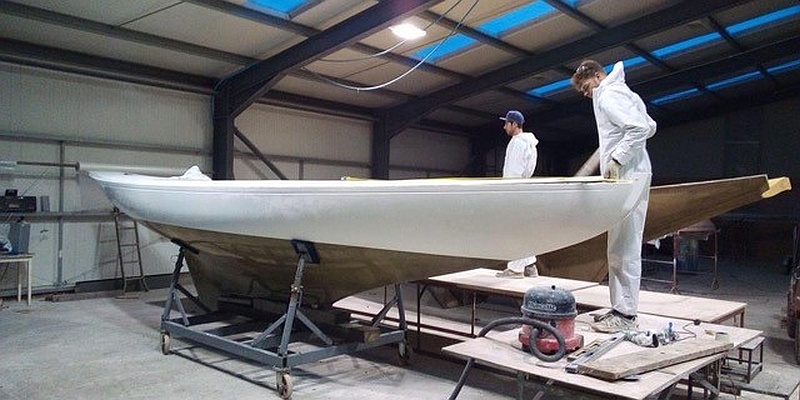 The introduction of the GRP boats to the historic Solent Sunbeam fleet at Itchenor SC has encouraged the owners of the existing wooden boats to bring them up to tip top racing condition, and the Fleet has grown to over 30 boats in commission and racing regularly.

In addition, although the Falmouth Fleet still reject GRP hulls, any epoxy/glass sheathing of the hull and the small spinnaker used by the Solent Fleet, cordial relations have been maintained.

PlanetSail takes a look at a locked down sailing world