The final day of Les Voiles de Saint Tropez 2019 enabled the maxi teams to get some deciding points on the board.

Among the IRC A-1 yachts racing for the Loro Piana Trophy, Velsheda’s run of wins came to an end with the Farr 100 Leopard 3 prevailing. 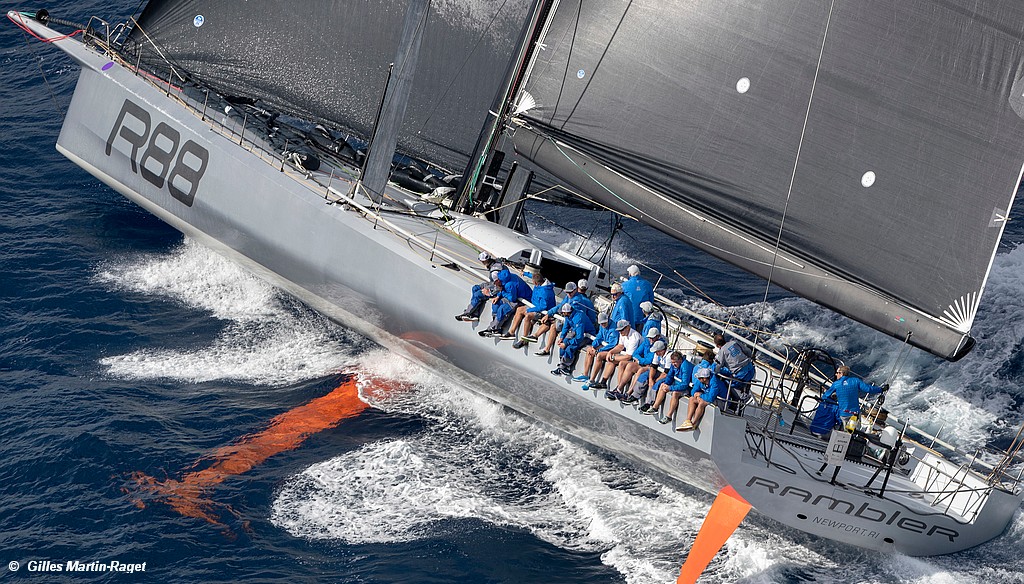 In IRC A.2 the final race broke the tie for first place with the Swan 82FD Kallima coming out on top of the Swan 80 Umiko.

The hottest competition was in IRC A.3 where going into the final day there was a four-way tie for the top.

Ultimately a win in this race for Luciano Gandini’s Mylius 80 Twin Soul B handed the prize to the Mylius Yachts President.

While the Dutch Marten 72 Aragon finished second in the final race, it was the Swan 601, Flow, skippered on this occasion by Clay Deutsch that ended up second in class ahead of Wallyño.

Among the grand prix racers in IRC A.4, Philippe Ligier’s Wally 80 Ryokan 2 won the final race by a substantial margin, while Peter Dubens’ Frers 60 Spectre was second.

However two wins earlier in the week was enough to hand victory overall to Jim Swartz and the crew of Vesper (formerly the Rolex Maxi 72 World Champion Momo).

After David Leuschen’s Galateia won the last race in the Wally class, Sir Lindsay Owen Jones’s Magic Carpet 3 prevailed in the concluding race between the Wallycentos.