The KiteFoil World Series Championship titles were decided at Cagliari on Sardinia over the weekend.

Winner of the Cagliari final event was Théo de Ramecourt of France in the men, and Daniela Moroz of the USA in the women’s event.

The overall men’s KiteFoil World Series title went to France’s Axel Mazella, and the women’s title to the USA’s Daniela Moroz, remarkably this was one that had eluded her until now.

Mazella finished fourth in the Cagliari event, but it was enough to give him a three point overall series victory ahead of Nico Parlier, with Maxime Nocher third. 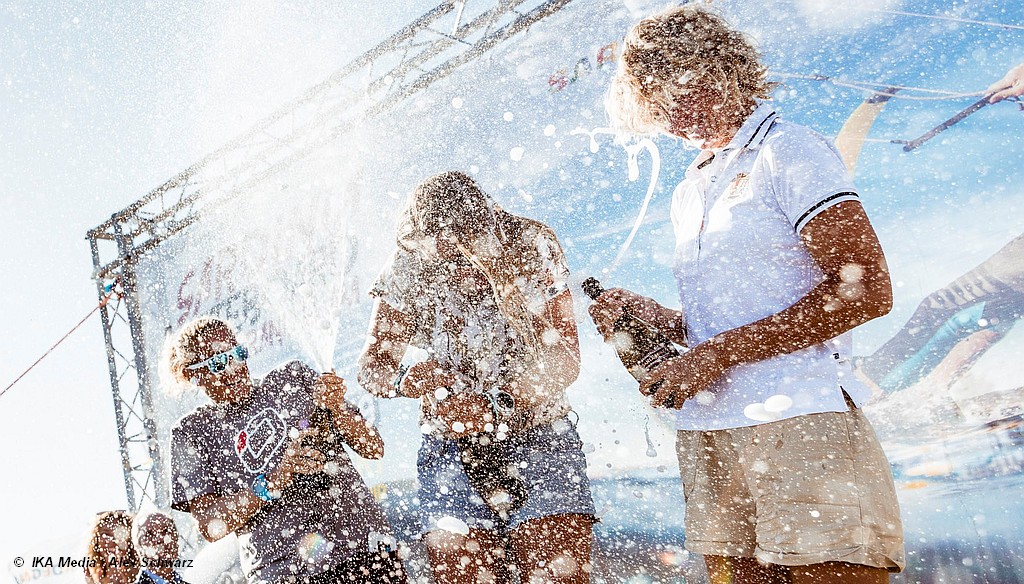 The Cagliari event win ensured that Daniela Moroz of the USA finished the overall KiteFoil World Series 31 points ahead of Elena Kalinina of Russia.

Kirstyn O’Brien of the USA completing the overall series podium.

Britain’s Eleanor Aldridge finished fifth in the overall series, after a sixth place finish in the Cagliari event.