After five races over the first two days of competition, Charlie Cumbley, with 10 points, has a one point lead from Alex Butler, with James Boyce in third place on 20 points.

The Nation’s Cup is the Solo class world-wide championship with entries from Britain, Ireland, Holland and Belgium.

The opening race went to James Boyce with Ritchie Bailey in second and Cumbley third.

Race 2 was a win for Cumbley with Boyce in second and Alex Butler third.

In race 4 Andy Tunnicliffe took the win ahead of Butler and Richard Lovering in third place. Cumbley fell out of the leading bunch to finish ninth.

For the final race of the weekend (R5) Butler was the winner, allowing him to drop his 28th place from the first race, with Law taking second and Ted Bakker of Holland finishing in third place.

Cumbley finished fifth in race 5 and after discarding a ninth place goes into the final two days of competition with a one point lead. 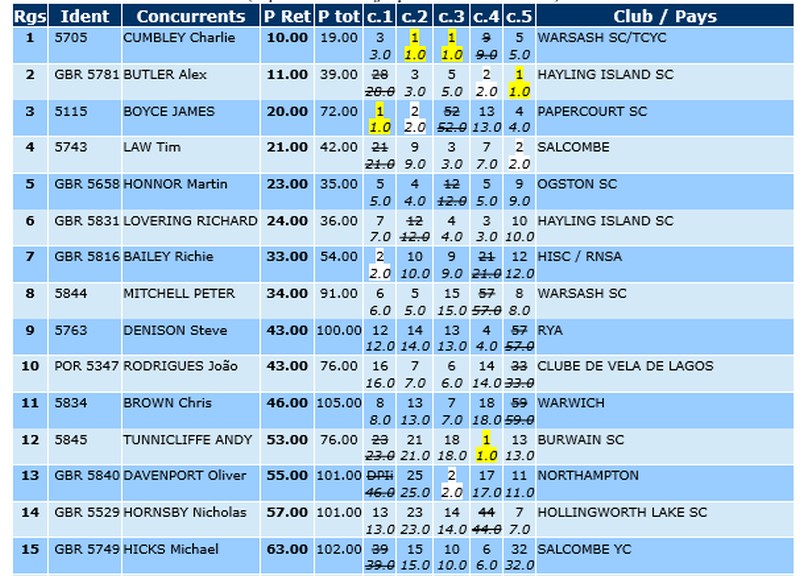