Paul and Bronwyn Ridgway, put down an early marker at the Tasar UK Nationals for the forthcoming 2019 World Championships.

Paul and Bronwyn have previous form in the Tasar fleet, they were the 2011 World Champions, which they won at Torbay the last time the Worlds were held in the UK.

Entered under the Leigh & Lowton SC for this event, their Australian home club is the Sandringham Yacht Club in Melbourne, which has a strong Tasar fleet. 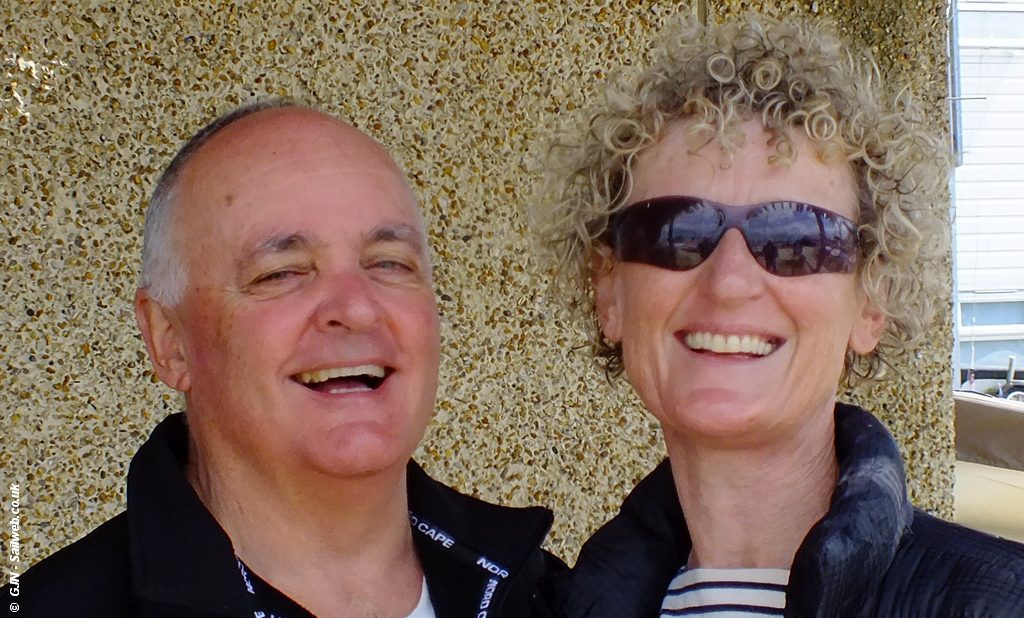 And just a warning that they only picked up their second-hand Tasar a couple of days before the event, so haven’t really had time to tune it properly yet . . . you have been warned!

In second place were Willem and Luna Schutte, who normally sail on the Braassemermeer in Holland, and they will also be back for the Worlds in July.

Completing the podium were Ian Swan and Graham Williamson of the Host club, who took the other two race wins, and finish as top UK entry.

The Tasar 2019 World Championship will take place at Hayling Island SC from 27 July.

There are 50 entries to date from Britain, Australia, the Netherlands, Japan, the USA and Ireland – Event Entry and details here.