GAC Pindar with Ian Williams wrapped up victory at the Cetilar M32 European Series Pisa with one-two finishes on Sunday.

While the close racing and place changes of the final day were interesting to watch, the weather had other ideas as the breeze decayed even further as the rain settled in.

As if marking the end of the race the breeze switched off entirely forcing the race committee to draw a line under the three day event.

For Williams, his team had came in as favourites and had delivered on that expectation, but he was under no illusions as to what was happening within the fleet:

“It’s great for GAC Pindar to come out on top here in Pisa, it’s a great start for us, but the standard has definitely gone up since last season, we have more boats on the start line too and a higher standard of racing and as a result we are going to have to keep improving if we want to keep winning.” 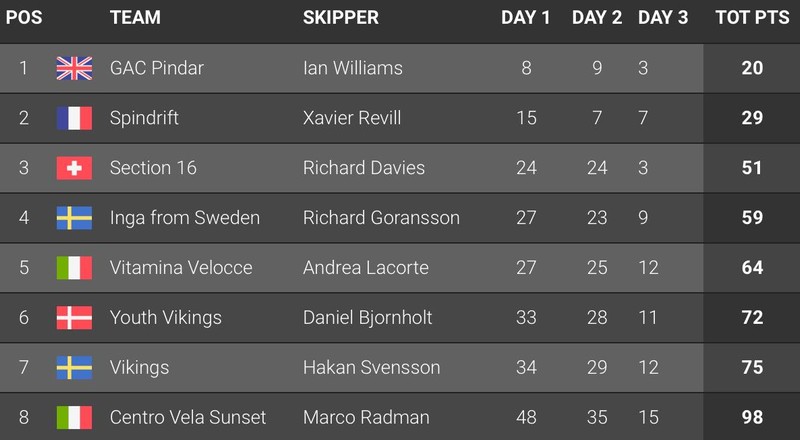 The M32 European Series now moves to its second event in Medemblick, Holland over 21-23 June.