In the second half of the 30-hour race, having rounded the Eddystone Lighthouse off Plymouth, a high speed duel developed on the run back to The Solent. In strong downwind conditions, the two teams resorted to hand-to-hand combat to decide the bout, knowing that the winner of the duel would most likely win the race overall. 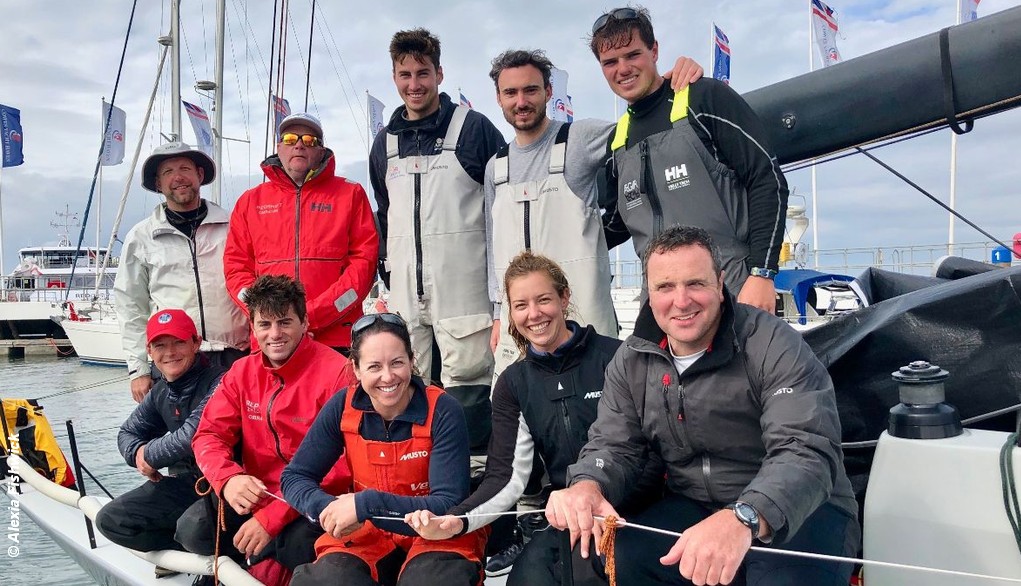 In IRC Three, the podium was made up of yachts racing Two-Handed. JPK 10.80 Timeline, sailed by Marc Alperovitch (FRA) was the winner. Sun Fast 3600 Bellino, sailed by Rob Craigie (GBR) was second by just under 22 minutes after IRC time correction. JPK 10.80 Shaitan, sailed by Jean-Eudes Renier (FRA) was third.

In IRC Four, JPK 10.10 Foggy Dew, sailed by Noel Racine (FRA) was the winner by just over 30 minutes after time correction with 41 yachts in class. Emmanuel Pinteaux (FRA) racing JPK 10.10 Gioia was second and Chris Choules (GBR) racing Sigma 38 With Alacrity was third.

The Myth of Malham Race was the fourth of the 2019 RORC Season’s Points Championship.

Second overall in the RORC Transatlantic Race, Sun Fast 3600 Black Sheep, sailed by Trevor Middleton (GBR) is the overall leader for the series.

After winning the last two races overall Redshift moves up to second for the championship. Cookson 50 Kuka 3 sailed by Franco Niggeler (SUI) is now third.

The fifth race of the 2019 RORC Season’s Points Championship will be the North Sea Race starting from Harwich on Friday 31 May bound for Scheveningen, Netherlands.