After the first day of gold fleet racing at the Laser European Championships in Porto, British competitors hold four of the top 10 places in the Men’s Open European Laser championship.

Tom Burton (2,2) of Australia leads the Open event with 16 points, while second placed Lorenzo Chiavarini (4,21) of Britain leads the European Championship on 32 points.

In the overall event, Matt Wearn (5,7) of Australia is in third place, with Pavlos Kontides (1,3) of Cyprus fourth, Germany’s Philipp Buhl fifth and Luke Elliott of Australia sixth.

After this leading group there are three British competitors, Mike Beckett (19,1), Elliot Hanson (14,16) and Nick Thompson (7,14) in ninth place. Rounding out the top 10 places is Sam Meech of New Zealand. 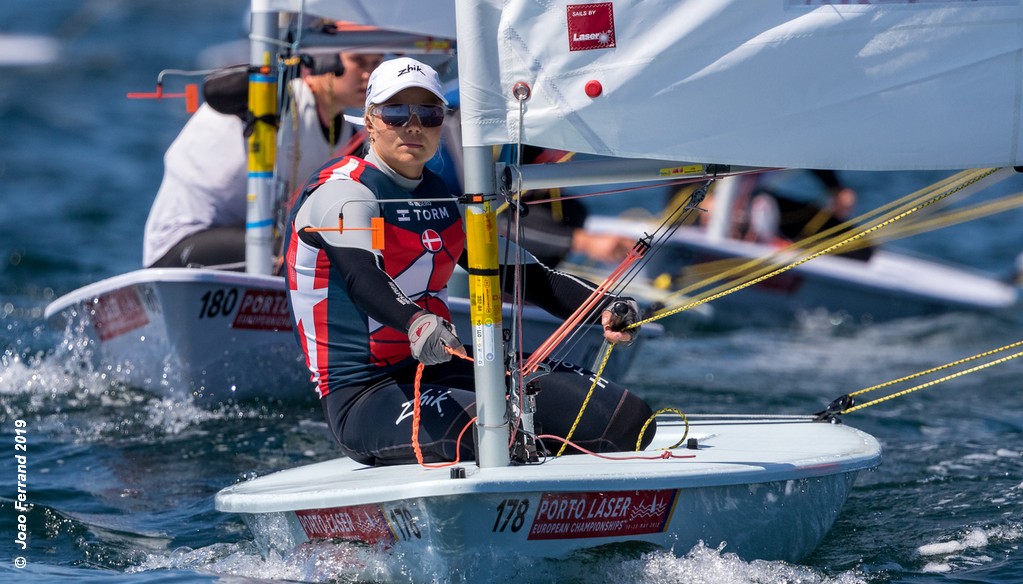 Marit Bouwmeester (6,14) of the Netherlands is now in second place with 46 points, and in third place is Emma Plasschaert (15,10) of Belgium on 51 points.

There is one more day of fleet racing before the fianl races on Saturday.