James Waugh and Ben Carwadine of RNCP Pollensa won the Flying 15 class at the 16th Palma Vela Regatta held in the Bay of Palma, Mallorca.

The Flying Fifteen fleet included sailors from Spain, the UK, Ireland, Australia and South Africa completing the full complement of nine races over a three day weekend, sharing a course with Vipers, Dragons and J80’s.

Waugh and Carwadine finished with 10 points, with Tim Goodbody and Vincent Harris of CN Arerenal in second place with 13 points, these two battling throughout the regatta, and sharing the two leading places.

In third place were the RNCP Pollensa team of Jonny Walker and Stephen Babbage with 29 points. 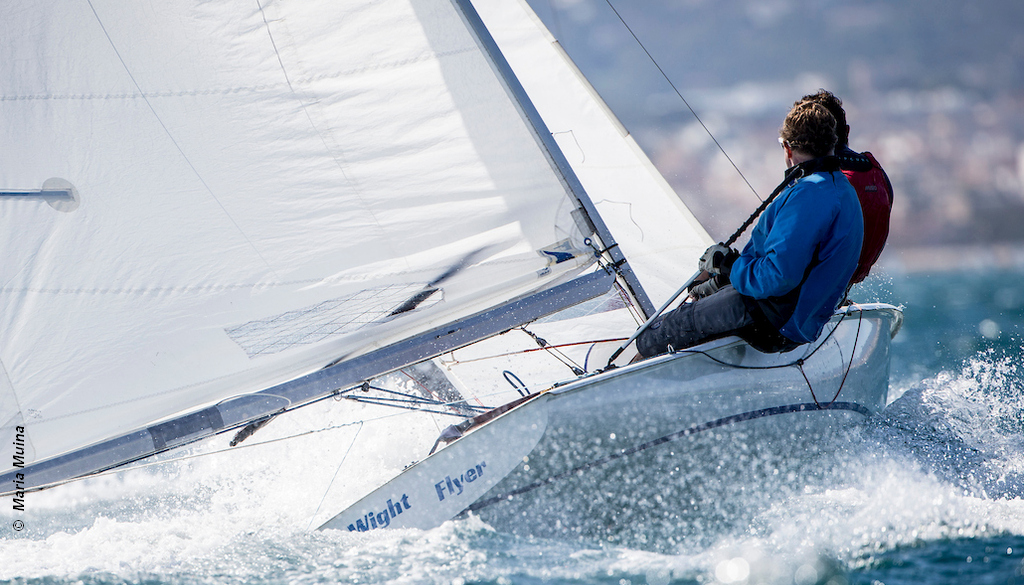 The 16th Palma Vela was the perfect start to the European season and a great chance to scratch some of the rust off before a busy calendar of Flying Fifteen racing.

The local F15 fleet have their ‘Mallorcan Championship’ to be sailed on the weekend of 8 – 9 June at Port de Pollensa, and a number of the Spanish fleet are polishing up their acts for the Flying Fifteen Subaru World Championships hosted by the National Yacht Club in Dun Laoghaire in September.