With three races on the final day Vials and Turner (4, 5, 1) finished with 24 points and an 18 point overall lead. 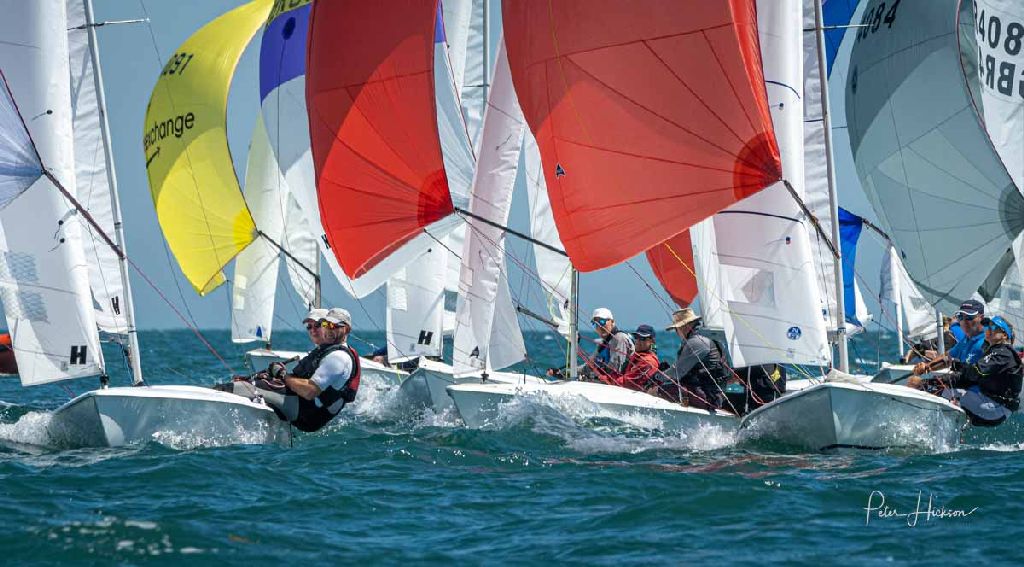 Vials and Turner scored consistently throughout the ten race series, including three race wins and after discarding a couple of tenth place finishes, counted an impressive 8, 2, 2, 1, 1, 4, 5, 1, scoreline.

Pinnell and Cadwallader started on the back-foot with a black flag in the first race of the series and although they scored steadily, failed to hit the front, their best result just a single third place finish.

Likewise others in the leading group . . . Jameson and Grant, Davy and Huett, Batchelor and Rigg, and Lovering and Alvarado all won races, but failed to show the consistency required to challenge Vials and Turner over the long-haul.