Ben Ainslie’s Great British SailGP Team are out of the Australian Sail Grand Prix presented by KPMG, after a collision with the Japan SailGP Team in the final race of the opening day.

Due to crash, Nathan Outteridge’s Japan SailGP Team is unable to compete in their F50 on day two, the Great Britain SailGP Team will be withdrawn from racing under the contact and damage policy rule.

The British team have offered to provide Japan SailGP Team their F50 and any support they require to enable them to go racing Saturday. 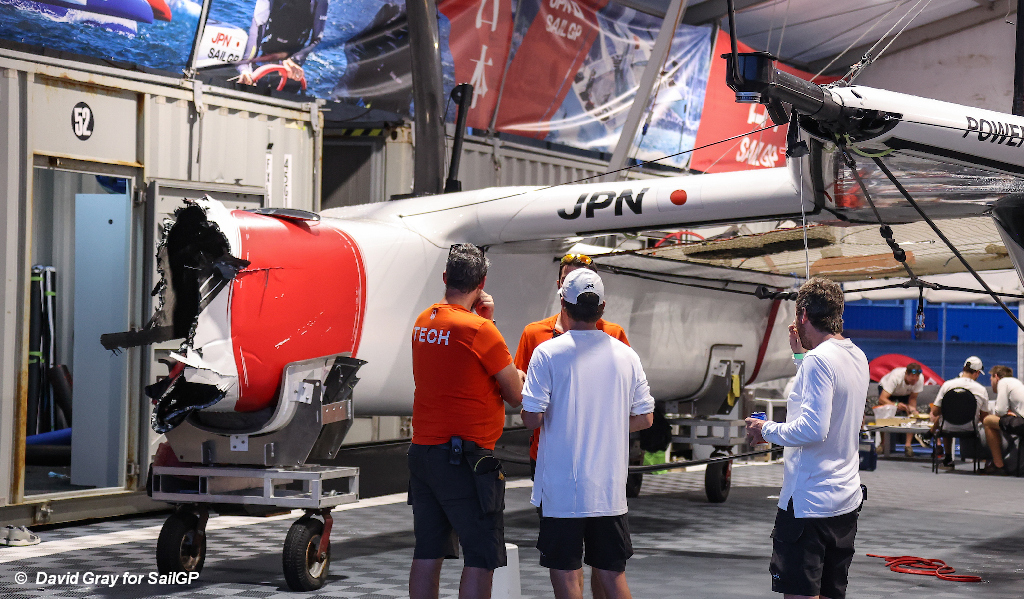 As the team onboard the British F50 were focussing on closing down the gap to the American boat in the pre-start, they did not see the Japanese boat.

That error resulted in a significant crash with both boats unable to continue racing, but no one was hurt.

This results in the British team finishing in last place in Sydney and most likely ends their 2021/22 season.

Reflecting on the collision, Ainslie said: “We were coming back in the final moments of the start fighting for the top of line in a defensive mode against the Americans. We just didn’t see them at all (Japan SailGP Team) which was devastating for both teams.”

“Everyone was ok which is the most important thing, but sadly it probably means the end of our season as we receive hefty penalty points for the damage caused.”

“It will also impact Japan, which is not what we want, and as is only correct we are giving them our F50 and any support they need to hopefully get them back out racing tomorrow.”

Under the SailGP rules, the SailGP Event Authority can substitute or allocate like for like equipment to enable a team with damage to race.

The Event Authority is currently assessing the damage to the Great Britain boat to ascertain if it is possible to substitute some of the British equipment to allow Japan to race.

Action will resume in the second day of the Australia Sail Grand Prix at 5am GMT on Saturday 18 December.

All the racing is live on Sky Sports and for free on SailGP YouTube in the UK.