A Race 3 collision between Great Britain and Japan in the pre-start for race three ruled both teams out the race – and possibly out the remainder of the whole event.

As a result of the major damage caused to the Japanese boat, Great Britain were penalised six points in the event rankings, leaving them in seventh place. 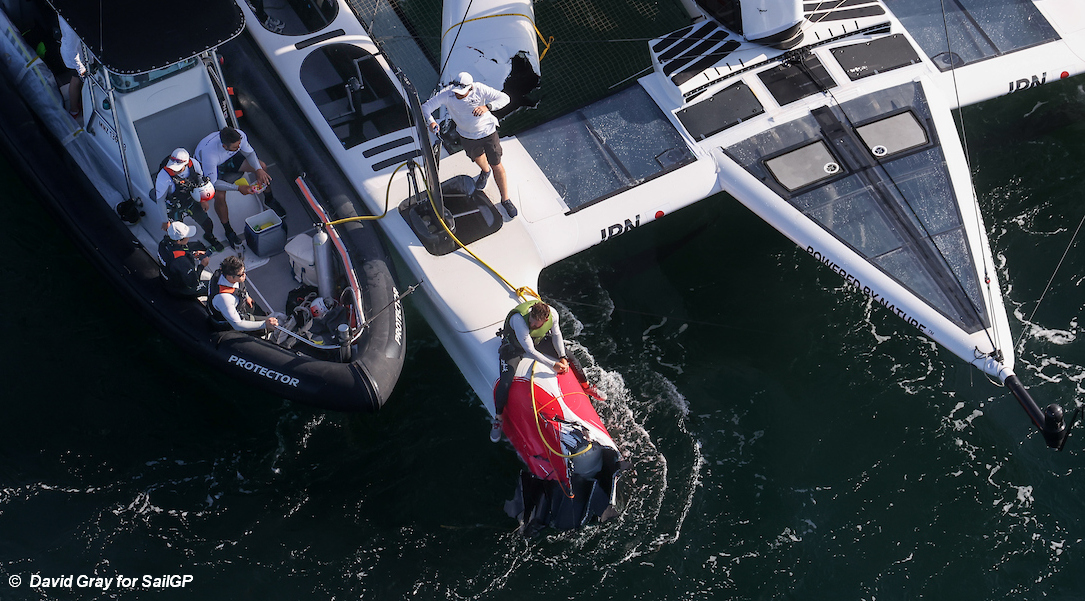 Winning the opening race, Spain remained consistent throughout the rest of the day, adding a second and third to finish racing five points clear of hosts Australia (3,7,1), driven by Tom Slingsby in second, with Jimmy Spithill’s United States Team (6,3,2) rounding out the top three.

The action began superbly; one of the tightest races of the season was won by Spain, who put in a dominating performance to open the event with a vital victory.

The Brits caught up with Spain in the final stages, and thought they had won the race, but Phil Robertson’s team did just enough to win in a photo finish.

Spain kept up their form in race 2, finishing second behind Japan with the Australian Team in third place.

A commanding performance by Nathan Outteridge’s Japan team in race 2 – winning ahead of Spain – gave them hope for another excellent event, but that hope was dashed in the pre-start for race three as the Brits collided with Japan’s F50, causing serious damage.

Both teams were ruled out of that race due to the incident, and a further investigation will be held to determine whether the damage can be repaired in time for Race Day 2.

As a result of the major damage caused to the Japanese boat, Great Britain (2,4,DSQ) were penalised six points in the event rankings, leaving them in seventh place. 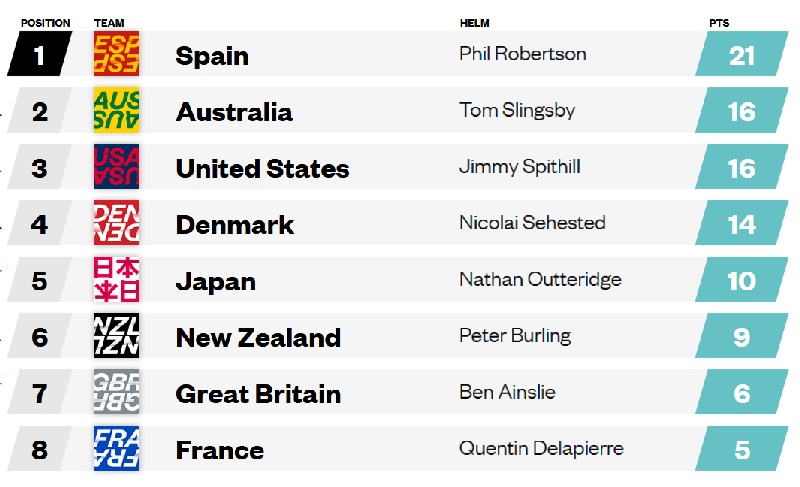 France prop up the rest of the leaderboard having also been penalised two points, while Japan and New Zealand moved ahead of the Brits due to their infraction.

Denmark sit in fourth, only two points off the top three heading into Race Day 2.

There are two more fleet races and a final race on Saturday 18 Dec.