The wind off Porto Cervo never filled in on the final day of the Maxi Yacht Rolex Cup. Thus, following Friday’s layday, the results at the end of play on Thursday stand.

For the third time, the stand-out performance across the maxi fleets was that of Canadian Terry Hui’s Lyra.

The 2000 vintage Wally 77, once raced by the Murdoch family. This year, with the Wallys incorporated into the main IRC fleets, Lyra won Mini Maxi 3 with four straight bullets.

At the opposite end of the maxi spectrum, in the 100+ft Super Maxi class, Ronald de Waal’s magnificent J Velsheda enjoyed a near perfect scoreline, dropping just one race to Topaz on Thursday.

The two Js have dominated the Super Maxi class with Christian Oldendorff’s Spirit Yachts 111 Geist finishing the regatta tied on points with the Swan 115 Shamanna, but winning on countback.

The closest racing was between the former Maxi 72s, which ran away with the top five spots in Mini Maxi 1. Ultimately Dario Ferrari’s Botin-designed Cannonball, finished two points clear of Jim Swartz’s Vesper in turn one ahead of both George Sakellaris’ Proteus and Hap Fauth’s Bella Mente. 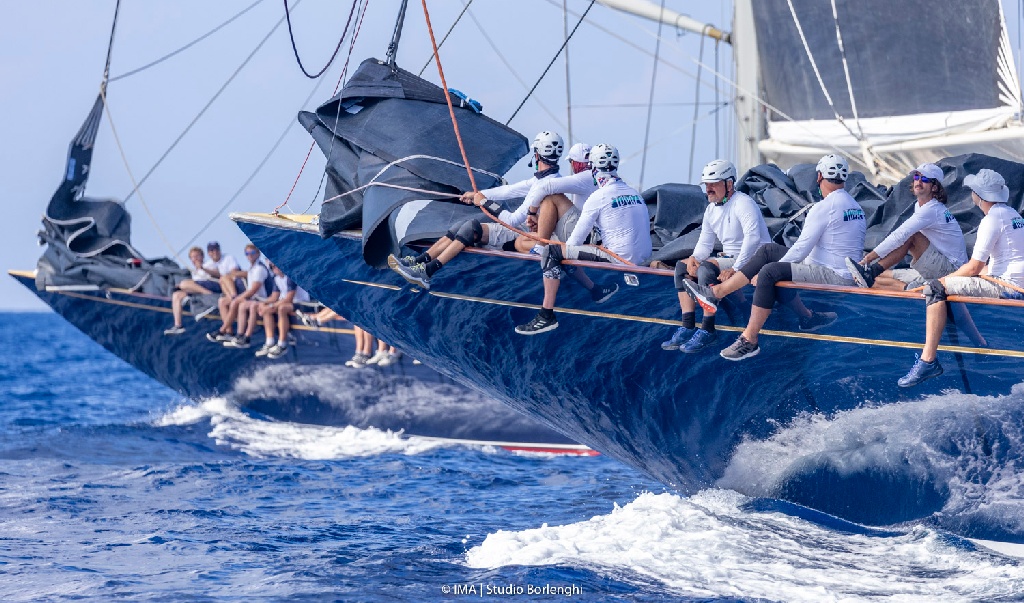 Some of the closest racing has been in the Maxi class for 80-100 footers where an unprecedented six 100 footers were competing plus the new Swan 98 BeCool.

On Thursday, Irvine Laidlaw’s Highland Fling XI was enjoying a commanding lead in the Maxi class until her forestay broke. Impressively the team moved heaven and earth to get a new carbon fibre forestay sent out from Carbolink in Switerland aboard Laidlaw’s private jet.

Once arrived last night, the stay was tensioned on the dock using hydraulic rams and then cured by running electric current through it – a process taking just five hours, before it was reinstalled. 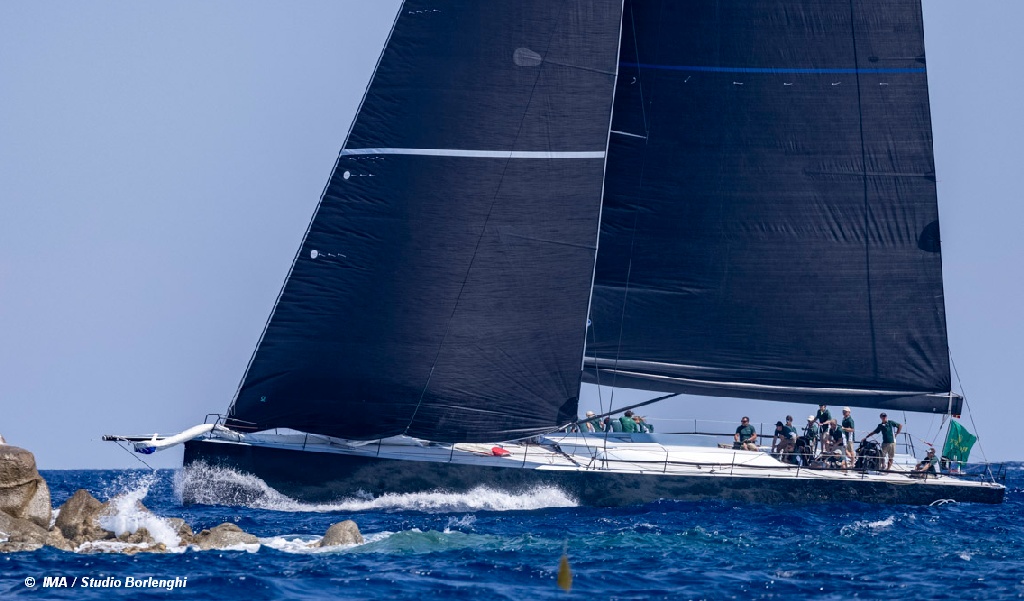 Highland Fling XI ended the regatta in fourth, designers Reichel/Pugh having drawn three of the top four in the Maxi class.

While the Paolo Massarini Trophy (named after the manager of several notable classes, such as the Wallys, who died last year) was presented to Capricorno’s Alessandro del Bono by Paolo’s wife Alessandra.

The Maxi Yacht Rolex Cup was the third event in the International Maxi Association’s Mediterranean Maxi Inshore Challenge which continues with Les Voiles de Saint-Tropez and then Palmavela in October.