With Ineos Team UK safely through to the Prada Cup final, action turns to the semi-final series to decide who they they will face in the Final.

The first to win four races will go through to face Ineos Team UK in the Prada Cup Final.

The loser is eliminated from the event. 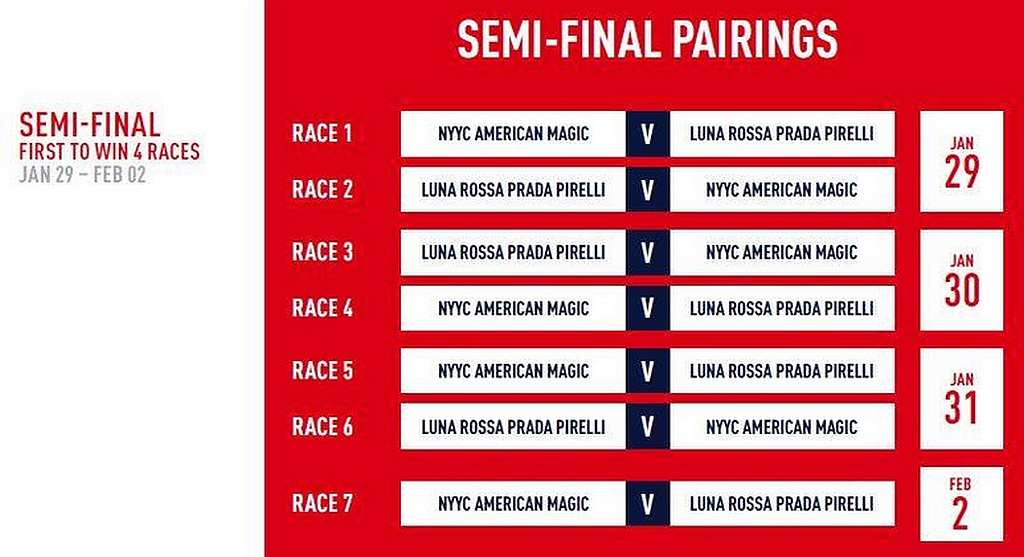 The two teams must declare their boat/equipment to be used in the Semi Final by 15:00 hrs NZL, Wednesday 27 January.

All racing will be available live in the UK on AC You Tube, and also on Sky Sports Mix from 2am each race day, repeated again at 9am.

The Prada Cup Final stage is a best of thirteen race series.

The first team to reach seven race wins claims the Prada Cup trophy and becomes the official Challenger for the 36th America’s Cup.

The official Challenger will then race the America’s Cup Defender, Emirates Team New Zealand, in the 36th America’s Cup match starting on the 6 March.

America’s Cup – Patriot is back in her natural element

Vendee Globe - Final roll of the dice and it's looking close