The new F50 has been in production in New Zealand at Core Builders Composites since March.

So it seems likely that a Danish SailGP team will be announced soon.

Testing of the new boat in Whangarei Harbour, is managed by the SailGP tech team from Core Builders Composites, with assistance from sailors from across the league.

Once trials are complete in January 2020, the seventh F50 will be officially handed over to the new team.

A revolutionary new modular wingsail will also undergo testing on the seventh boat, in preparation for being fitted to the entire SailGP fleet prior to the 2020 San Francisco SailGP.

A first-of-its-kind system, the wing comprises of sections that can be assembled in varying lengths – initially from 18 to 24 meters with the future ability to go to 29 meters – to enable the F50s to compete in a never-before-seen range of weather conditions.

Vital weight savings have been achieved with the all-new wing, with a more advanced structure and the removal of rigging and cables inside the hollow structure, adding additional performance gains in light winds. 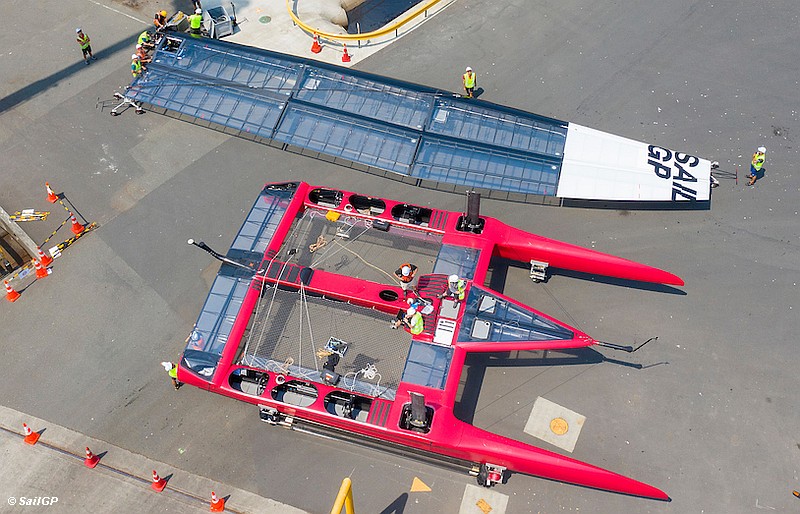 Between the manufacturing operation in Warkworth and the testing and training conducted in Marsden Point, Northland has become the central technical and development hub for the production and delivery of the F50.

Whangarei Harbour and Bream Bay offers ring-side seats for those hoping to view the new boat in action, as a team of approximately 30 staff and athletes settle in Northland through January 17. 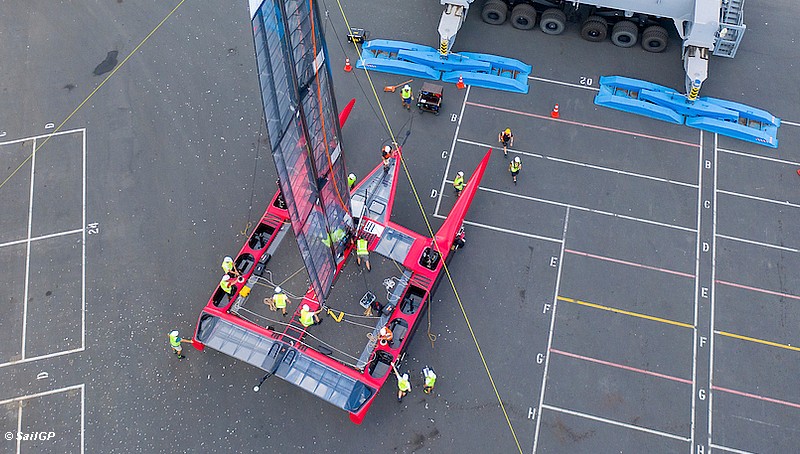 Season 2 will once again kick off in Australia, as the championship descends on Sydney Harbour February 28 and 29.

Additional stops have been announced for San Francisco (May 2-3), New York (June 12-13) and Cowes (August 14-15). The final two events of the season will be announced in the coming months.

INEOS Team UK move everything including the kitchen sink . . .