This one-day Silver Tiller Open started with blue skies, warm sun and zero wind, so even with the almost non-existent stream the start of the first race had to be delayed.

When race 1 eventually got away with a clean start for the fleet of 12, the race quickly turned into a three-way tacking duel between Laurie Smart and Vanessa Pilon in 1065 Flipside, John and Olivia Bell in 1201 Grand Teton, and Martin Hunter and Dan Harrison in 774 Quiver.

There were many similar battles in the middle of the fleet, which provided an entertaining day for the many spectators on the bank.

On the run into the finish line it became apparent that both leading boats were heading to pass the wrong side of the finishing mark.

When neither got a finish gun, they realised their mistake, with John and Olivia Bell in Grand Teton managing to unwind themselves first and nip in to take first place.

Race two had the added complication for the fleet of a cruiser deciding to park itself on the start line for the final minute.

This seemed to upset the fleet’s timing with the majority of the fleet OCS resulting in a general recall. Eventual winner was Martin Hunter and Dan Harrison in 774 Quiver. 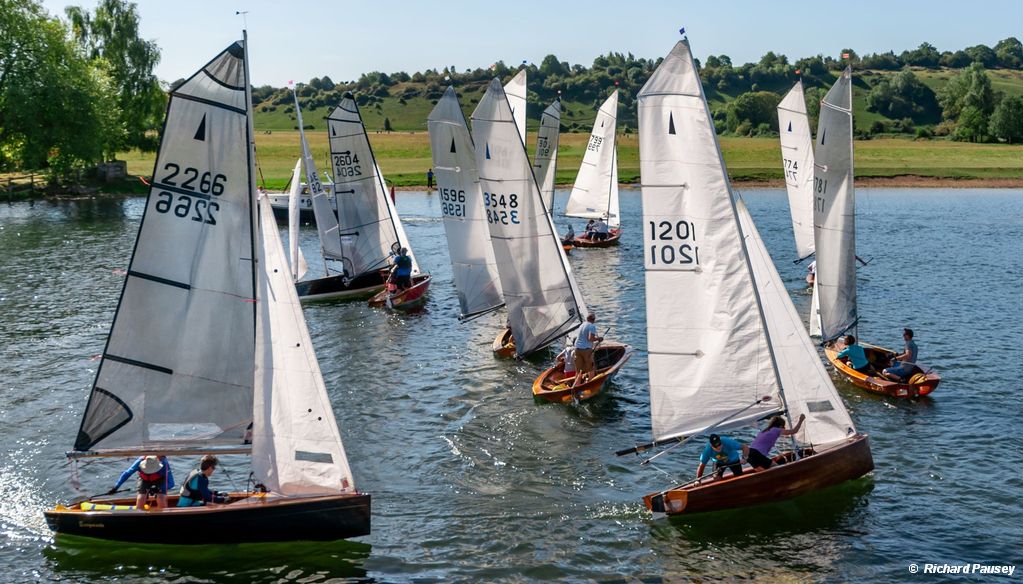 After lunch the wind conditions improved again and after a clean start the race again turned into three-way contest between Flipside, Grand Teton and Quiver.

On the final run downstream, Grand Teton managed to get to windward of Flipside, but rather than end up in a luffing match, Flipside bore away to the leeward bank in more breeze and took the final gun of the day.

Laurie Smart and Vanessa Pilon in Flipside were the overall winners followed by John and Olivia Bell in Grand Teton in second place and Martin Hunter and Dan Harrison in Quiver in third.

The Upper Thames SC looks forward to welcoming the fleet back next year.