The third day of racing at the Medemblik Regatta Nautical Festival and the Musto Skiff and Windfoil started racing.

The Musto Skiff started their racing and after three races, Rick Peacock (1,1,3) of Britain leads with 5 points. In second is Paul Dijstra (2,3,1) of Holland with 6 points.

In third is Pim van Vugt with 7 points. Elaine Turner of Britain is fourth with 12 points.

Windfoil Surfing is also an event at Medemblik and after three races, Kiran Badloe leads with three wins. Second is Oël Pouliquen of France with 9 points and third Dorian Rijsselberge with 10 points.

In the women’s RS:X Lilian de Geus of Holland maintains her lead with 17 points after nine races. 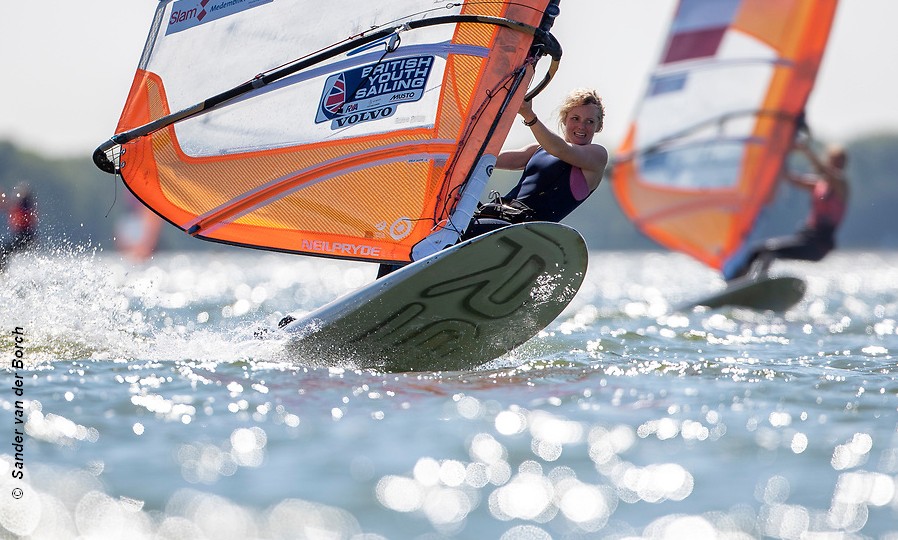 In second place is Zofia Klepacka of Poland with 23 points, and in third is Italy’s Flavia Tartaglini with 25 points. Britain’s Erin Watson is in 13th place.

In the men’s RS:X Hollands Kiran Badloe retains his lead with 27 points, while in second is Sil Hoestra with 46 points and third is Dorian Rijsselberge tied on 59 points with Ivan Pastor of Spain.

In the RS:X U19 event, Fabien Pianazza of France leads with 10 points ahead of Yun Pouliquen FRA on 20 points, and Leonidas Tsortanidis of Greece with 22 points after nine races.

In the Hansa 303, Holland’s Finy Teitsma is the new leader with 7.5 points, Nick Kruizinga is now second with 10 points.