Dylan Fletcher took the British team to their first race win of the series when racing resumed on San Francisco Bay Sunday.

The win in race 4 for the British team with the Japan SailGP team of Nathan Outteridge in second and Australia in third, opened up a chance for the Brits to make the winner takes all matchrace final. 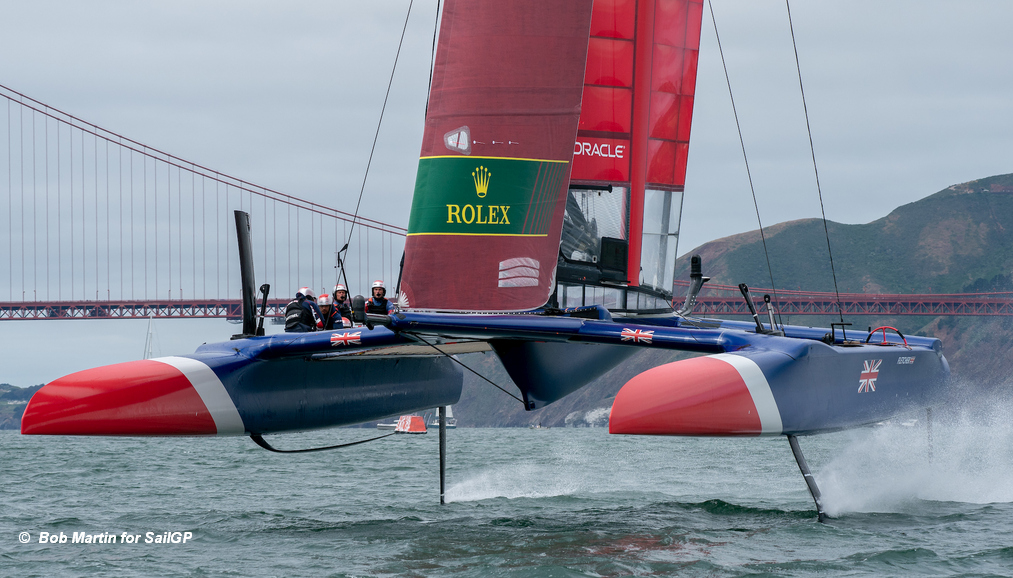 In the final fleet race Slingsby took the Australian team to their first race win in San Francisco, finishing ahead of the British team.

This was enough to gain the chance to face-off against the Japan SailGP team helmed by Nathan Outteridge who had retained their overall lead.

In the deciding match race the Australian SailGP team took victory over Japan to win their second SailGP event of season 1.

After dominating the opening day, winning all three races in an impressive showing, Outteridge’s team couldn’t hold off Slingsby’s charge. Despite a close battle in the final match race, Outteridge later noted that a software issue meant that they were ‘sailing blind’ around the race course.

“As soon as something doesn’t work, it makes it very hard, it’s like asking a race car driver to drive a car where the brakes aren’t working,” said Outteridge.

“The last race we lost the display software that tells us the time to the start, time to boundaries, shows a diagram of where you are on the course, so we raced the last race blind. Considering all that happened today, to still come second here and still pushing hard is great. Yesterday was the highlight for our team so far.”

Outteridge and the Japan team had started the day with a four point lead over Slingsby and the Australian team, following three race wins on day 1.

After the two final fleet races Sunday the gap was down to two points, and following the two-boat matchrace between them, the Aussies went one point clear to win the San Francisco event, and stretch their overall SailGP series lead to two points.

Dylan Fletcher summed up the British team’s performance, “An incredible event for us, our first win felt amazing – we knew we had it in us and its so good to get there. Congratulations to Tom and his team, can’t wait for New York SailGP.”