Hugh Shone and Hannah Tattersall were five points back in second, and in third were Cameron Moss and Jake Stow, nine points off the leaders after claiming the race 4 win.

Despite winter returning for the weekend, a mighty fleet of 22 RS800s braved the cold south easterly wind and headed out into the angry jaws of the Solent for the first race on Saturday.

Three races were completed on the first day, with the McEwen’s stacking up a hat-trick of wins ahead of Shone and Tattersall, and Moss and Stow, with Ralph and Sophie Singleton taking a third place finish in race 2 and Steve and Sarah Cockerill snatching a second place in the other to add to the mix. 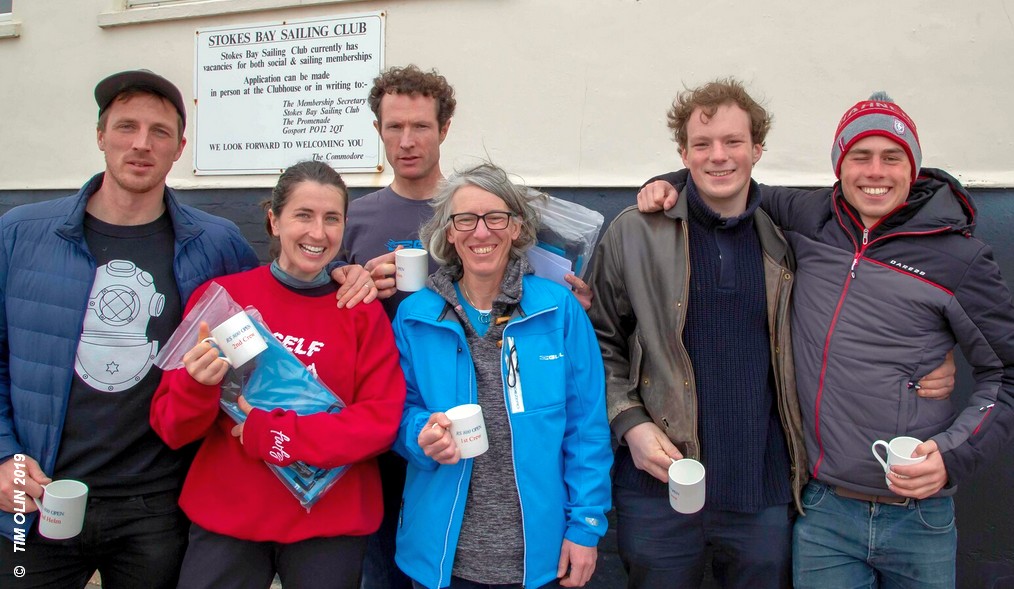 Day 2 had similar conditions to that of Saturday, with a decent force 4 breeze and a slightly more friendly tide.

The first race (R4) saw the only real mix up of the event, the McEwen’s leading around the top mark closely followed by Tim Gratton and Fiona Hampshire with Moss and Stow snapping at both of their heels.

On the final top mark, Moss and Stow slipped past, and after an extremely stressful downwind leg managed to hold off the McEwen’s, giving them their only blemish on an otherwise perfect score sheet.

In race 5, the McEwen’s finished ahead of Shone and Tattersall, with Chris Dodd and Bryony Meakins putting on a great performance in the big wind to take third.

With the wounds of battle starting to show amongst the fleet, the race committee decided to abandon race 6 and let the worn out sailors return to shore to indulge in some changing room banter on “whose pitch pole was the biggest?”