Finally sufficient breeze – a 5-7 knots westerly – arrived at Genoa to ensure that every World Cup fleet managed to complete at least one race on day 4.

The 470 fleets managed to get some results on scoresheets, only the one but the Finn class did manage three races.

In the women the wait was worth it for Amy Seabright and Anna Carpenter who take third behind Gil Cohen and Noa Lasry of Isael, and Brazil’s Fernanda Oliveira and Ana Luiza Barbachan. 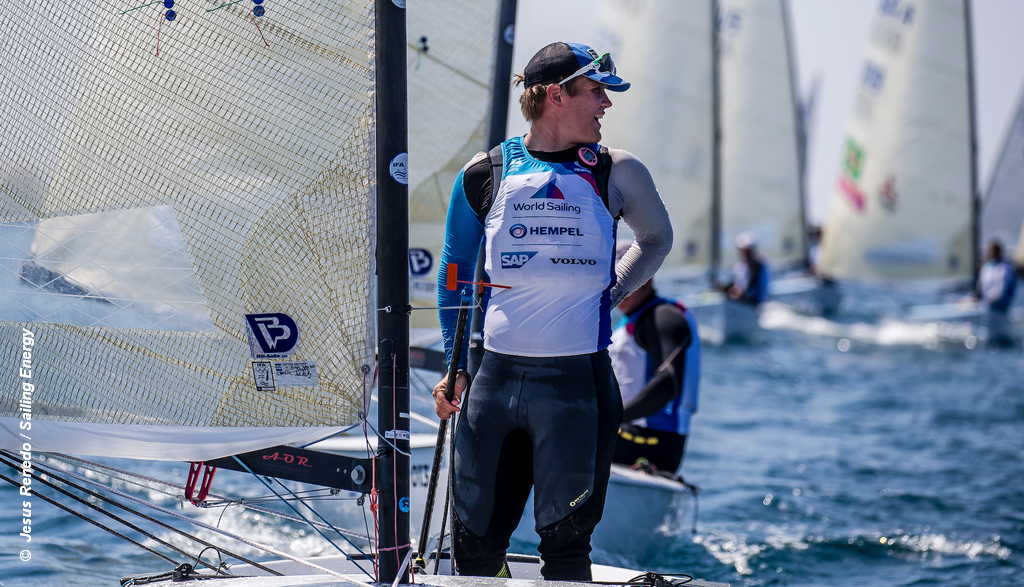 In the Finn class, Finland’s Oskari Muhonen (1,2,1) has a one point lead from Jorge Zarif (5,1,2) of Brazil, with third Alex Muscat of Spain.

The Lasers got back on the race course with Croatia’s Tonci Stipanovic adding a 2,1 to his earlier win to stay leader. Duko Bos (2,3,25) of Holland is second and Finn Lynch (5,1,18) of Ireland third. Best Brit is Dan Whiteley in 37th.

In the Radial only the one race result from Wednesday showing at present.

The 49ers now have five races on the board, with Croatia’s Sime and Mihovil Fantela three points clear of Spain’s Diego Botin and Iago Lopez, with the Aussie pair David and Lachy Gilmour now in third place.

For the Brits, Jack Hawkins and Chris Thomas slip to 12th, with James Peters and Fynn Sterritt recovering to 14th, and Morgan Peach and Daniel Budden now 26th. 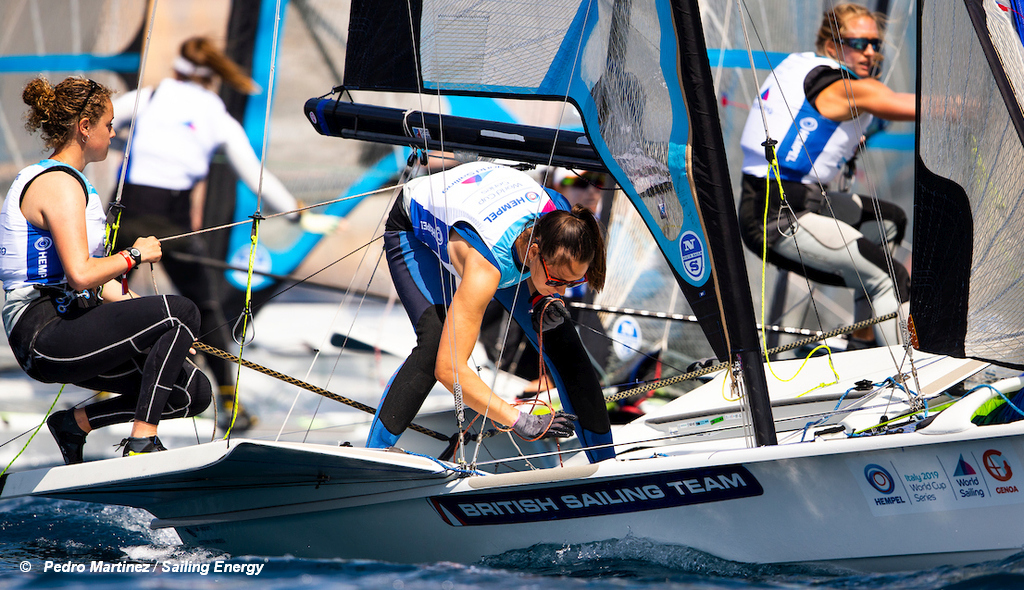 In the women’s FX five races have been completed and Holland’s Odile van Aanholt and Marieke Jongens, with a run of three race wins, have a three point lead ahead of Klara Wester and Rebecca Netzler of Sweden.

Despite some decent single figure scoring, Britain’s Sophie Weguelen and Sophie Ainsworth are in 13th place, 16 points off the leaders.

And the Nacra 17 now have some usable results on hte board, with Ben Saxton and Nicola Boniface (1,1,2) leading by two points from Gemma Jones and Jason Saunders (24,1,3) of New Zealand, with third Spain’s Iker Martinez and Olga Maslivets (5,4,1).

It looks like game over for John Gimson and Anna Burnet who have a UFD and a NDC on their scoreline.

Racing starts at the earlier time of 10:00 local time on Friday as the Race Committee look to capitalise on a stronger breeze forecast early in the morning.