Ainslie returns after six year gap to race in front of a home crowd.

It’s been six years since Ben Ainslie has raced in front of a home crowd.

The last time was the Portsmouth America’s Cup events in 2015 and 2016, both of which were won by his all-British Land Rover BAR team.

Now, with Ainslie back in the driving seat for the Plymouth SailGP event the Great Britain SailGP Team will be looking to build on their 2nd and 3rd place finishes in Bermuda and Chicago in front of the home crowd. 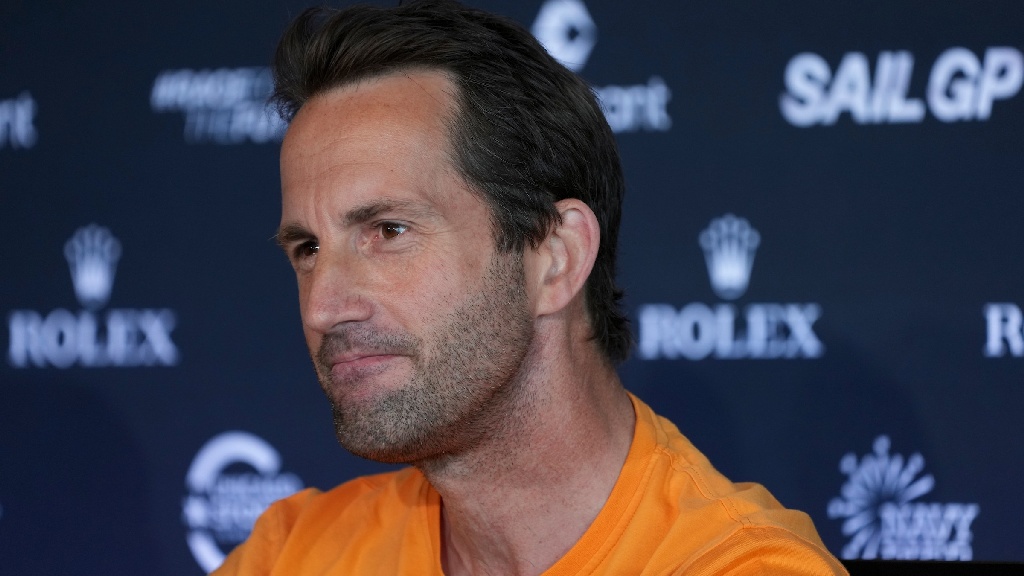 He is excited to hit home waters. “You don’t get many opportunities to race at home at this sort of level and it’s extra special to race in front of a home crowd.”

Ahead of Plymouth, Ainslie revealed that the team have shifted their tactics in Season 3 from ‘racing to win in every race’ to a ‘more conservative approach’. This shift is in response to the increased penalty points system introduced this season.

The increased penalty points have ‘forced teams’ to analyse their risk and reward strategies, Ainslie says. “Where there are potential high risk situations, teams are trying to do everything they can to back out of them rather than go in all guns blazing hoping for the best”.

The British team is also ‘looking hard’ at the three boat match race final, which was dominated by Tom Slingsby’s Australia in Chicago and Bermuda. And while the team ‘want to understand why the Australians are doing so well’, they’re refusing to ‘get too distracted’ by their narrative.

“Our overall focus is just getting into that end of season final race off and ultimately winning that,” he says.

As well as taking the helm as Driver, Ainslie is also CEO and, along with Chris Bake, majority owner of the Great British SailGP Team.

In 2021, the team became the first of the original eight SailGP teams to evolve to a third party owned franchise. Ainslie says the ‘huge potential’ of the league propelled him to invest.

“We feel like there’s a responsibility to ensure the league is a success, sailing has been crying out for a format like this – a league that is not only commercially viable but what it stands for in terms of sustainability and the environment.”

Ainslie sees key to achieving this is a season calendar packed with more racing events, taking the schedule from an event ‘every six weeks’ to ‘every two weeks’.

“How you do that logistically and with the number of teams is something that’s being looked at,” he says.

He floats the suggestion of separate leagues in the ‘northern and southern hemisphere’ that ‘come together for the Grand Final’. And points to short gap between the France Sail Grand Prix and Spain Sail Grand Prix in September – a timetable set to be repeated in Season 3.

“The fast turnaround between St Tropez and Cadiz proves that it’s certainly do-able,” he says. “The franchise ownership means we’re able to input into those plans and understand exactly where we’re headed in the future.”