The 2021 Formula Kite World Championships will take place in Torregrande, Sardinia with racing from 13 to 17 October.

The event is part of the Open Water Challenge, which celebrates board sports including kite, wing foil and SUP, and follows straight on from the IKA KiteFoil World Series Cagliari on Sardinia.

Bainbridge had a rollercoaster ride that began with the overall lead in the punchy conditions of day one, moving up and down the order to finish third.

In the women’s event the dominance ofthe French team was never in doubt as they took all three podium steps. The winner was Lauriane Nolot, ahead of Formula Kite European champion Poema Newland, with Jessie Kampman making up the trio. 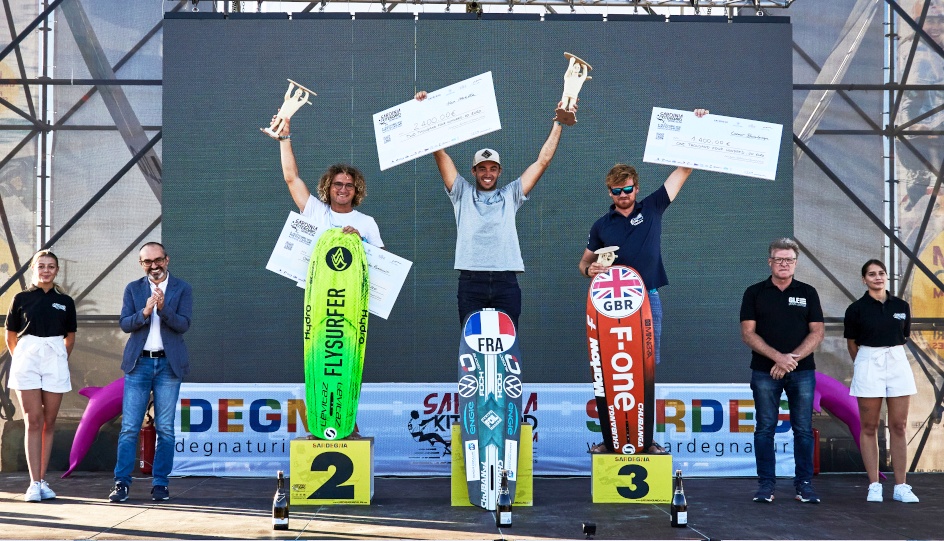 This edition of the Formula Kite World Championships in Torregrande follows on the recent change to Olympic equipment for Paris 2024.

The 2024 Olympic Games sailing events in Marseille will now feature individual male and female kite medals, rather than the one mixed event as originally proposed. This follows on the rejection by the IOS of the proposed Mixed Offshore sailing event.

In other Olympic event changes caused by the  COVID-19 pandemic and the rearrangement of the Tokyo Games to 2021, the 2022 Sailing World Championships have been moved to the summer of 2023.

They are now scheduled to take place from Thursday 10 to Sunday 20 August 2023 in Scheveningen, near The Hague, Holland.

The 2023 Sailing World Championships are the primary qualification event for the Paris 2024 Olympic Games.

In addition the Youth Sailing World Championships, that were due to be held The Hague in July 2021, have also been rescheduled to 2022.