Ben Ainslie and the Great Britain team snatched the first race win of day 1 on the finish line, catching Tom Slingsby and the Australian team who had led throughout the race.

The rest of the fleet were out of time and positions at the previous mark rounding put Jimmy Spithill and the USA team in third place, Nathan Outteridge and Japan fourth.

In Race 2 Phil Robertson and the Spain team led from the start.

The New Zealand team of Pete Burling and the British team were both over at the start.

In the very light breeze with all boats struggling to get on the foils, Robertson kept Spain ahead to take the win ahead of Nathan Outteridge and the Japan team, with Nicolai Sehested and the Danish team taking third.

Race 3 the final race of day 1 and it was a short 15 minute limited race with only four crew on board.

Tom Slingsby and the Australian team took the lead from the start, then Nicolai Sehested and the Danish team. At gate 2 Australia led from Denmark and then Jimmy Spithill and the USA team.

At gate 3 Spithill rounded still in third but  went left on the final leg to overtake Australia and Denmark as they all struggled to get on the foils.

Spithill brought USA across the finish with a minute to go, and was the only finisher in the time limit.

Overall Tom Slingsby and Australia took a one point lead into day 2 in Cadiz.

Sunday is expected to be stronger wind for the two final fleet races and then the top three race for the overall SpainGP event win. 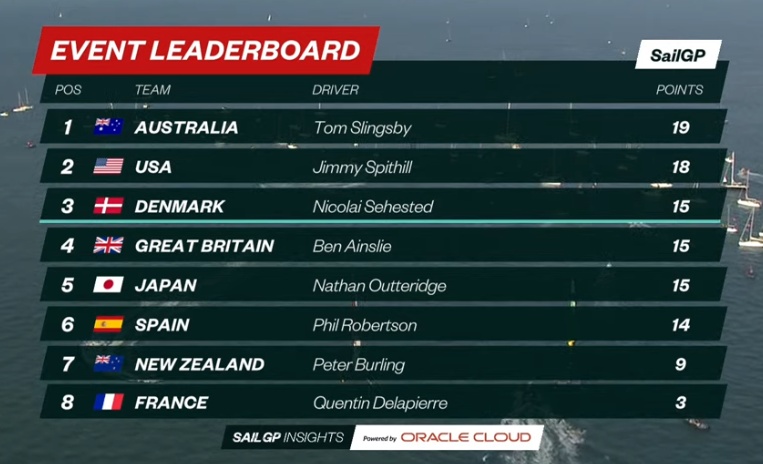 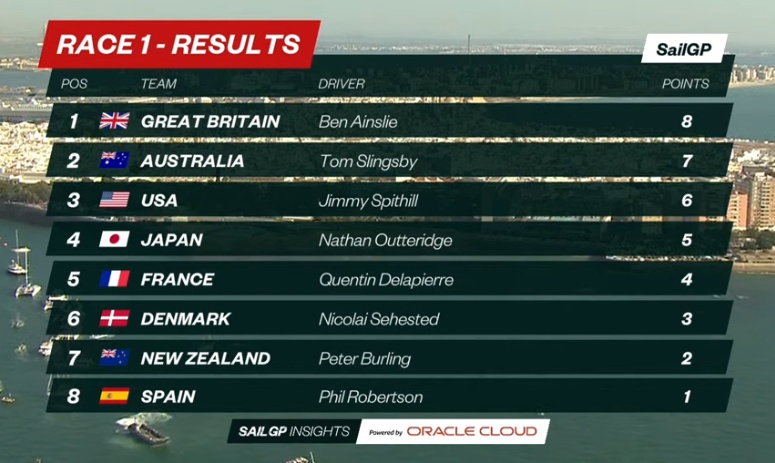 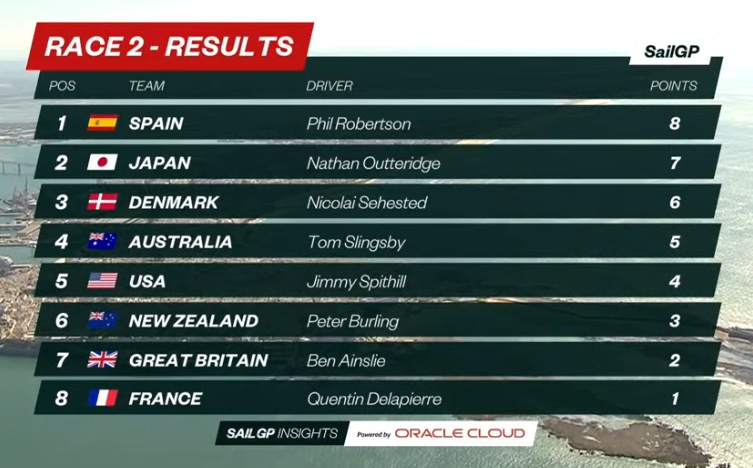 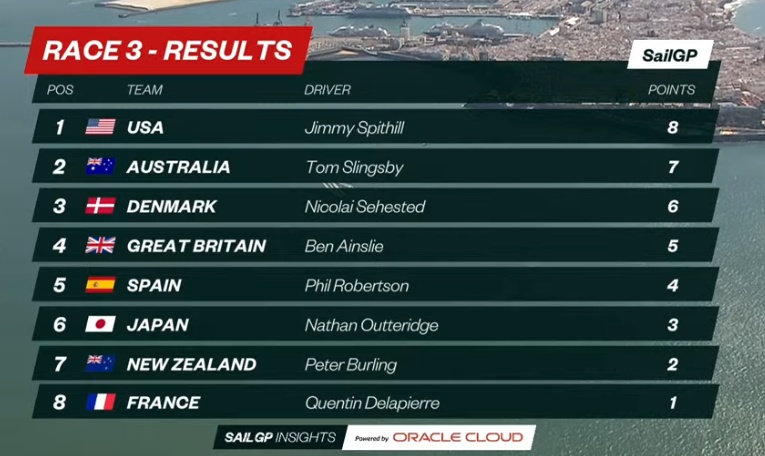 At each Sail Grand Prix, the eight SailGP teams compete in five fleet races before the top three teams race in the finals to determine the champion of that particular event.

Each event winner earns 10 points in the Championship Leaderboard; second place is awarded nine points, third place is awarded eight points; and the fourth- through eighth-place teams earn corresponding points given their standing on the event leaderboard.