The first members of the British Sailing Team have arrived in Tokyo at Haneda airport, and are expected to stay in their host town Hayama in Kanagawa Prefecture.

On arrival Thursday they were greeted by the new dedicated lanes for the uprated entry procedures without coming into contact with other airport users, in an effort to prevent coronavirus infection.

Representing Team GB are 15 sailors who will compete in ten different events, and around 28 coaches and support staff who will be working to guarantee success in Japan at Tokyo 2020  . . . in 2021.

Among them, are technical gurus Adam May and Simon Hiscocks who will ensure each boat is as fast as it can be, and Kate Eddy, Head of Performance Support, who will lead a team of sports scientists and medics to keep the athletes in top physical and mental form.

And a very important member is Chef Henrietta Dutton-Williams who is charged with feeding the delegation nutritious and delicious meals. 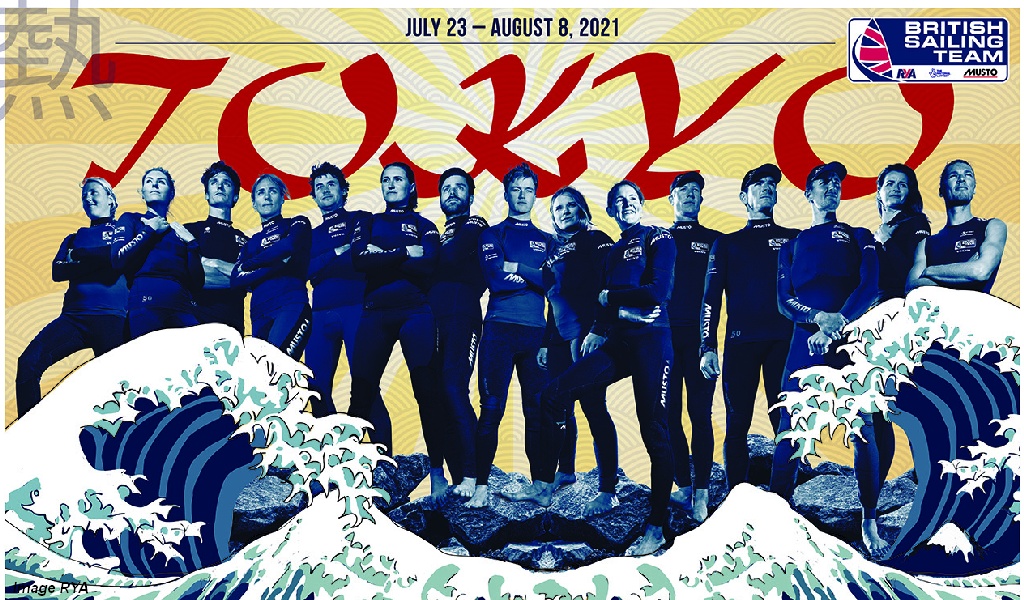 Another key team-member is meteorologist Simon Rowell, who commented that the competitors will have to be ready for anything on the water as’Enoshima is an all-rounders’ venue that could throw up a variety of wind and wave states.

‘We have two particular local hazards,’ says Simon. ‘There’s always the danger of a tsunami, and the Games are in the middle of typhoon season. Even a typhoon at the other end of Japan could push a two-to-four metre swell through Enoshima.’

‘The Kuroshio is a warm, north easterly ocean current that runs off the coast of Japan that can drive the water temperature up to 26 or 27 degrees.’

‘During the Games we could be getting air temperatures in the mid- to upper 30s along with very high humidity, which makes it a very challenging place to do hardcore exercise.’

Also attending is Ian Walker, RYA Director of Racing, with two Olympic medals, Ian knows more than most about the highs and lows of competing in the rarefied atmosphere of the Games. He is going to Tokyo as a ‘minister without portfolio’.

‘I’m going to the Games to act as a safety net,’ he says. ‘There’s nearly always a drama. I’ll just be a person that people can talk to if they choose to or make myself useful however I’m needed.’

In addition to this pastoral role, Ian, along with Mark Robinson, the RYA Olympic Performance Manager, will be focused on Team GB bringing home as many medals as possible.

‘The target we’ve agreed with UK Sport is between four and seven medals of any colour,’ he says. It would also be great to become top sailing nation, which is measured by number of golds first and foremost, meaning that if a nation wins two gold medals that would trump two or more medals of varying colours. Right now, though, Ian is like everyone else on the team: just happy that the Games are going ahead at all.’

‘Fortunately, we’ve been able to keep our private accommodation in Hayama – being self-contained will be vital under Covid restrictions. But we’ve had to give up our local workforce.’

Meanwhile, Tokyo health officials are struggling with another surge in new cases of the coronavirus, with 673 confirmed new cases on Thursday, up 103 from the same day last week.

Local experts worry that four weeks from now, there could be more than 1,000 new cases a day.

Team GB sailors ready for Tokyo 2020 one year on