Racing for the second day of the 36th America’s Cup stayed on the notorious ‘no passing lanes’ course E, making the starts crucial and highlighted how evenly matched the two teams are in light conditions.

With a light 8 to 10 knot breeze making staying on the foils crucial, it was all about getting your nose in front and staying there.

Luna Rossa Prada Pirelli won the start of race 3 to round the first gate with a 10 sec lead, which they steadily increased, taking a 37 sec victory for their second win.

In race 4 Emirates Team New Zealand had the advantage at the start to lead at the first gate by 9 seconds. Once again the leading boat was able to extend, and ETNZ eventually took a 1min 3 sec win to tie the Match at 2 – 2.

So far the start has been the crucial factor on course E, so a move to inshore course C, which may be possible Saturday, could provide more open racing as well as better shore-side spectating.

Auckland has dropped to Covid alert level 1 from midday Friday following an announcement from Prime Minister Jacinda Ardern. This will allow the America’s Cup Village on the waterfront to reopen Saturday, as well as give the option of using any of the available courses. 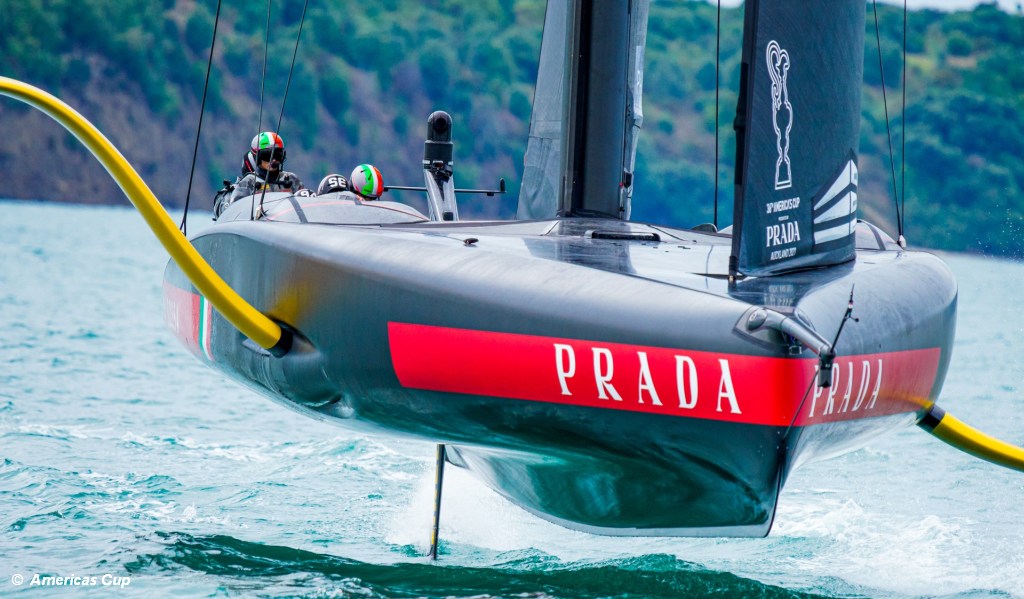 In the first race of the day (R3) Luna Rossa Prada Pirelli set themselves up to windward of Emirates Team New Zealand as they crossed the start line and headed out to the left-hand boundary the Kiwis were the first to tack.

The Italians paused, waited for the perfect moment to tack underneath them. It was a perfect lee bow tack that out pressure on the Kiwis. First punch to the Italians.

Eventually, Team New Zealand were forced to tack away. Although both boats were sailing at around 20-22 knots upwind, the real difference between the two was that Luna Rossa seemed to be able to tack more quickly and smoothy too, gaining with each manoeuvre.

At the bottom gate for the second time the Kiwis had pulled back but only by a few seconds rounding 22 seconds behind. With a lead they didn’t want to give away, the Italian’s matched the Kiwis tack for tack upwind, rounding 38 seconds ahead and stretching their lead to over 500 metres.

Twenty seven minutes and 55 seconds after starting race 3 there was another Italian point on the board as Luna Rossa crossed the line to take their second win of the series. 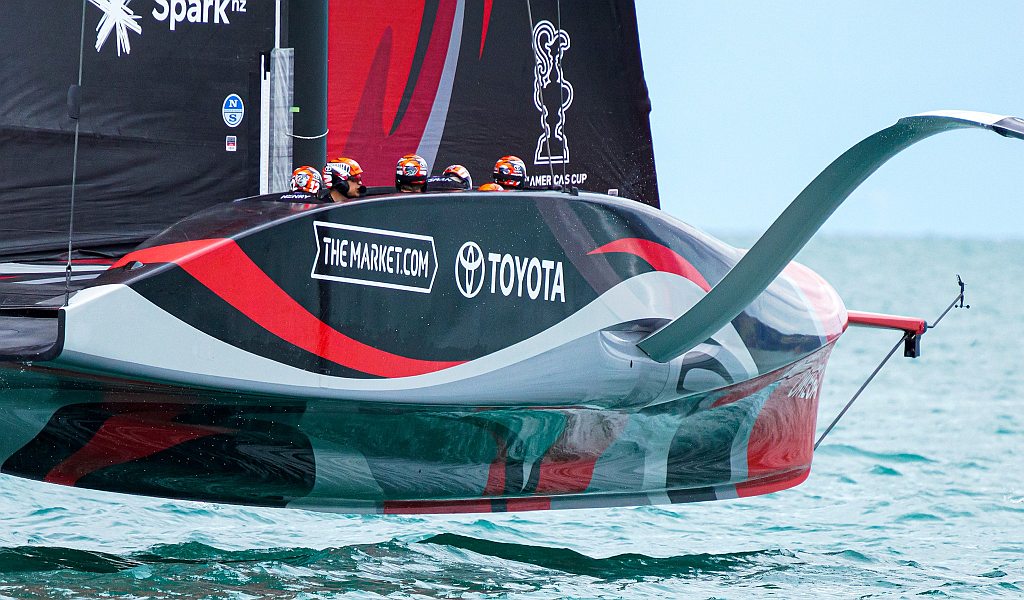 For the second race of the day (R4) as they approached the line both teams were early and tried to slow down without splashing down.

The result of this meant that while the boats were aligned the same as in the first race with the Italians to windward, this time the pair were much closer. The Italians couldn’t live in the windward position and were forced to tack away leaving the Kiwis to continue to the left-hand boundary.

When they came back together, the Kiwis crossed the Italians to take a slim lead, rounding the left-hand mark of Gate 1 just 9 seconds ahead. The Italians took the opposite mark splitting to the right-hand side of the course.

In the closing moments of leg 2, Luna Rossa seemed to struggle with their gybe and slowed down significantly for a few moments.

They could no longer lay the gate, costing them further distance and time on ETNZ who had passed through the gate cleanly to stretch their lead to 34 seconds. This was a good gain for the Kiwis and a costly manoeuvre for the Italians.

By gate 4 the Kiwis had confirmed once again how strong they were on the downwind legs and had stretched their lead to 48 seconds. Talk onboard both boats was of the breeze dropping.

Approaching the top gate for the final time the Kiwis had held their nerve, sailed smoothly and this time had stretched their lead on an upwind leg as they rounded 58 seconds ahead.

From their ETNZ stretched their lead to over 700 metres and took a 1min 3 sec win to go into day 3 deadlocked at 2-2.