INEOS Team UK are back in the shed in Auckland to complete the upgrades needed to make their AC75 competitive across all wind ranges.

It is now all about the next three weeks as Ben Ainslie explained . . .

This has been the most important week of our campaign. It is obvious for everyone to see we are struggling with our speed, both in the light airs and in general.

We have three weeks to improve our performance to get us into contention in the Prada Cup across all wind conditions.

We have some good ideas about what has been causing the issues and the extra drag so now our big focus will be to make the necessary modifications, alongside a host of other planned upgrades to Britannia, and improve our performance to where it needs to be. 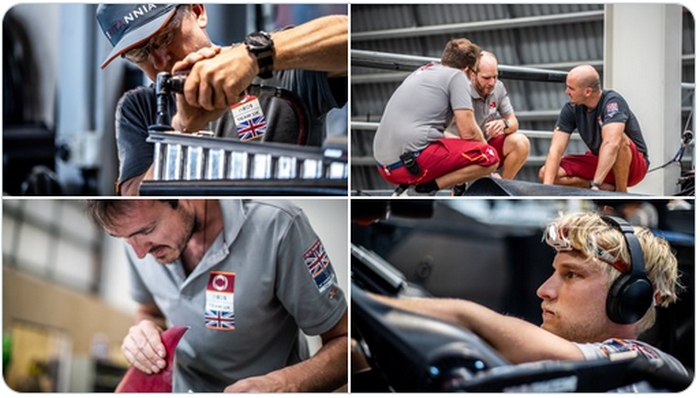 For Ainslie and the whole Ineos team, time is of the essence.

Although the Challenger Selection Series will begin on Friday 15 January 2021, before then, on Wednesday 13 January, they have to declare the equipment they will use in the first-round robin racing of the selection series.

The declared yacht configuration must include the identity and version of the:

That means that before the 13 January they have to complete the required modifications, and get back out on the water to at least test that the complicated hydraulic and software systems function as expected.

Of course, it would be nice to be able to actually confirm that the changes have solved the light weather foiling problem and improved their boat handling ability.