The USA team representing the New York Yacht Club had rolled out their new boat last week when they stepped the mast and completed rigging. 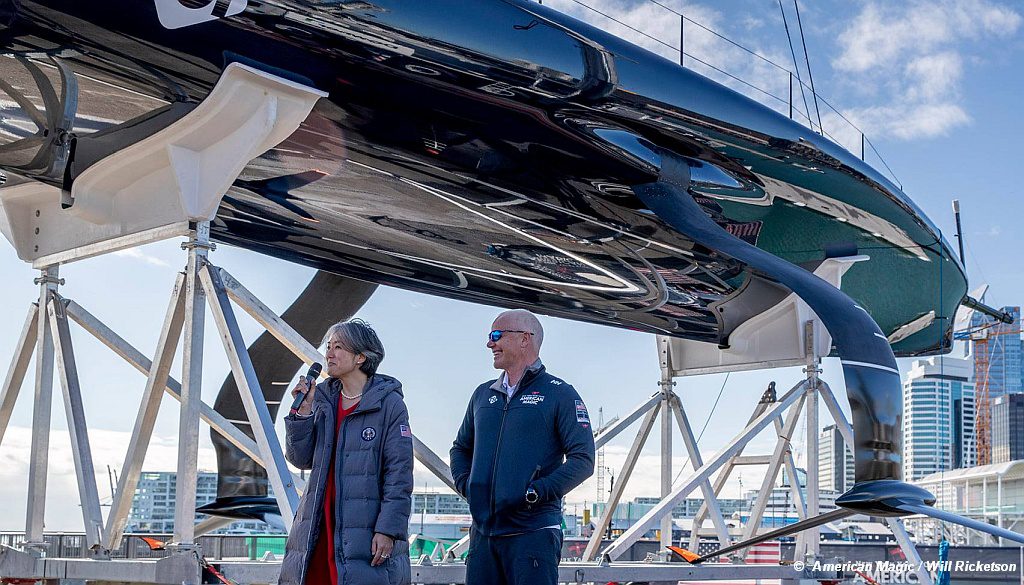 “It is my true honor and privilege to stand with you today to honor the new boat’s name and celebrate all of the patriots in our life.” said Choe.

Patriot is the first of the second-generation AC75 racing yachts to be launched by a team competing to win the 36th America’s Cup.

The second hull showed a radical move from a flat-bottomed scow to a deeper skiff shape, following the trend set by Luna Rossa and Emirates Team New Zealand with their first boats.

As was seen in the earlier delivery images, Patriot has a flair to the foredeck bow area, not unlike a modernised 505 dinghy hull shape.

The skiff bow forms a prominent skeg shape down the hull before running out into the flat aft section well past the mast position, around the second trailer support. 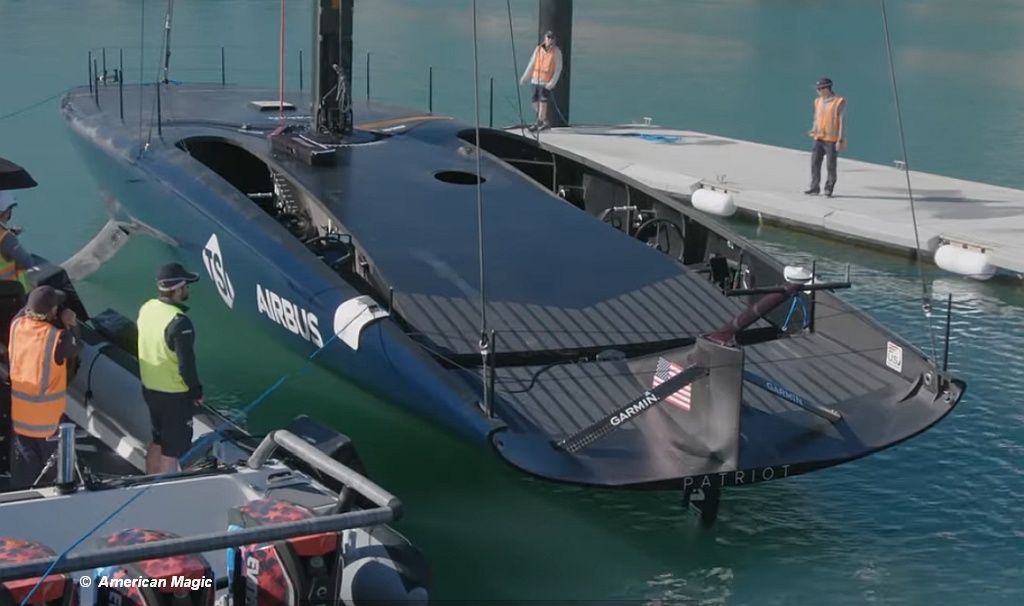 Duncan Johnstone of the New Zealand based Stuff website commented that other major features were . . .

‘a reorganised double cockpit that sees the steering wheel shifted significantly forward for helmsman Dean Barker and the grinding stations appearing to be deeper, allowing for better aerodynamics.’ 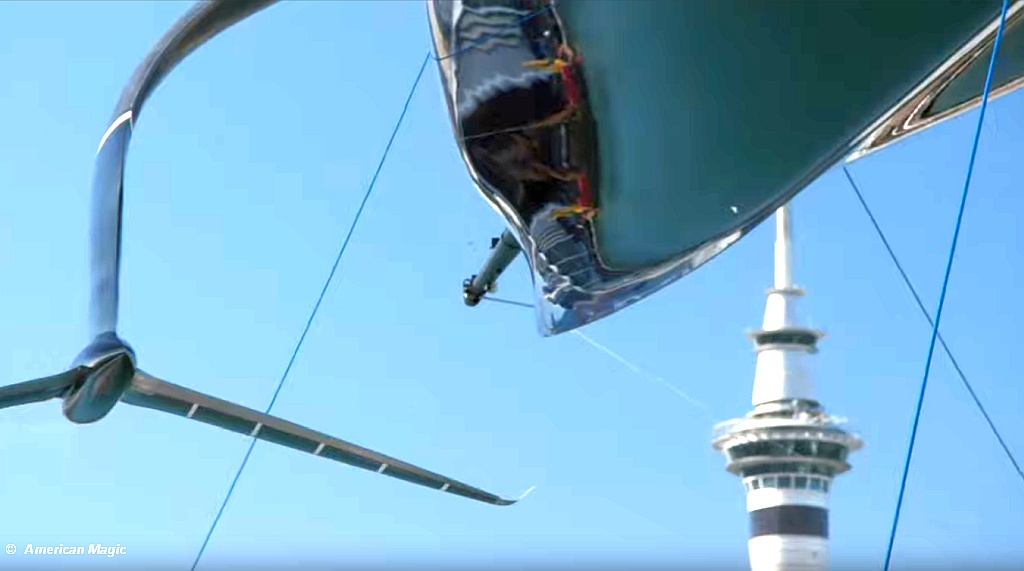 Dean Barker, American Magic’s helmsman said that every new boat launch involves a familiarization process. “The most notable difference is the helm position, so it’s going to be quite a different perspective [for the helmsman] and it’s a lot more forward on the boat compared to Defiant.”

In terms of resuming sailing operations, the team is looking to press the new boat hard after initial systems tests are complete. Barker said that the schedule will be aggressive over the coming weeks before the first preliminary races in Dececmber. 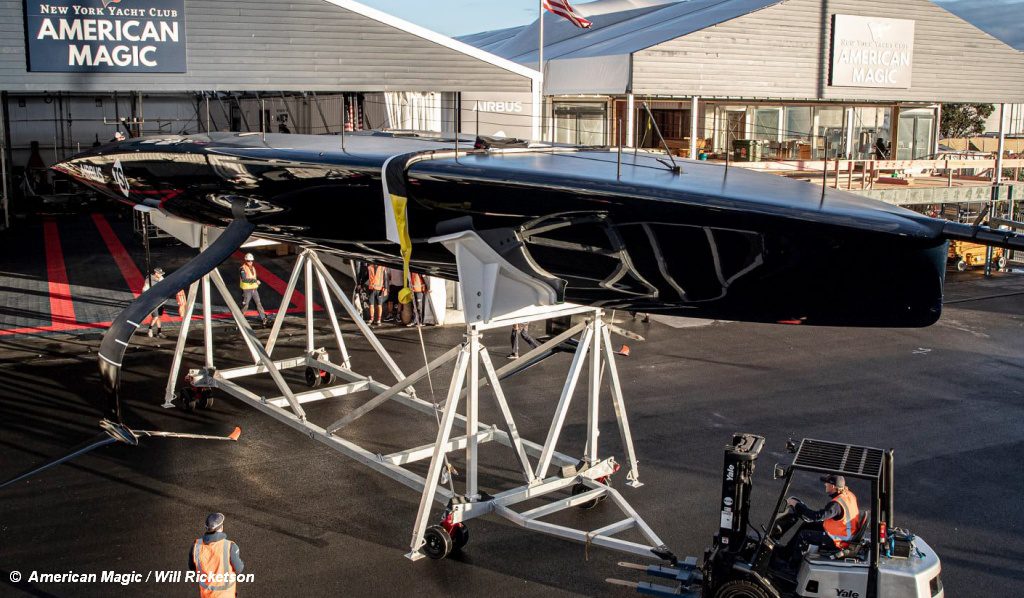 Britain’s INEOS Team UK is also expected to switch to a skiff hull shape with their second boat – code named RB2 – expected to be rolled out in Auckland this weekend.

Luna Rossa apparently have a reveal/launch planned for Tuesday 20 October.

There is still no official word when Team New Zealand will launch their new boat.

Day 2 at Swan One Design Worlds in Scarlino