Thomson bid farewell to his home port of Portsmouth UK and begun his journey to Les Sables-d’Olonne, France, host to the start of the upcoming Vendée Globe Race.

Departing onboard his 60ft IMOCA racing yacht, HUGO BOSS, Thomson – accompanied by a small crew – left the dock Wednesday to make the 600 nm journey to western France, where the boat will remain for three weeks until the race begins on 8 November. 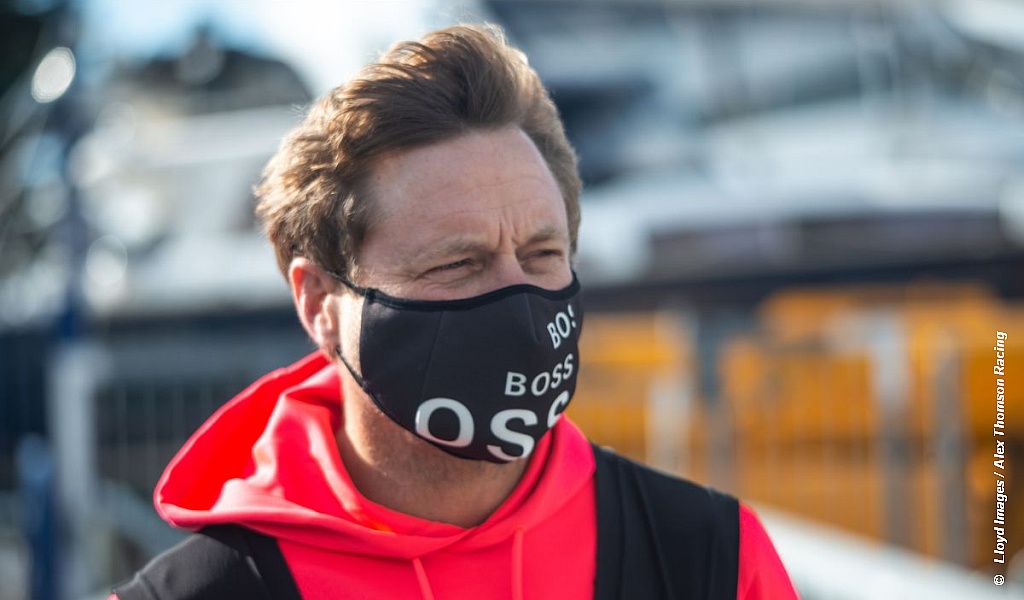 Thomson will arrive in France as one of the favourites for this year’s Vendée Globe, a gruelling challenge which will see 33 skippers race on their own, non-stop, without assistance for 28,000 nm around the world.

The race – which takes place just every four years – has only ever been won by a French sailor.

In the past two editions of the race, Britain’s Thomson has shown himself to be a significant threat to his French rivals, securing third and second place finishes in 2013 and 2017 respectively.

For the 46-year-old sailor, winning the race would be a lifetime goal realised, and a historic moment for British sport.

“Obviously the goal is to go out there and win it. But to get there, you have to finish. And this race is very, very tough to finish.”

“But, if we can get to that finish line, then I’m sure we’ll be in contention for the win. A win would certainly validate everything that we as a team, together with our partners, have put into this journey”.

HUGO BOSS returns to the water