Roberto Lacorte, Enrico Zennaro and Lorenzo Bressani are the first winners in the history of the Grand Prix Persico 69F CUP.

Taking nine wins from 15 races, FlyingNikka 47 dominated the Gargnano regatta (Event 1.1) on Lake Garda to take a 7 point victory ahead of the Swiss Team, while in third place was FlyingNikka 74.

The last day of racing showed how with winds above 12 knots the Persico 69F presented a great challenge: FlyingNikka 47 was the great protagonist of Event 1.1, but Nicola Celon, supported today by Fedrigucci and Salvà, gave the winners “a run for their money”.

At ease with the sustained Ora southern wind the Swiss Team won three of the five races, and proved that they are extremely comfortable on the foils maneuvering and flying at 22.61 knots to earn them the Top Speed score of day 3.

With just enough time to raise the first winner’s cup to the sky, it is already time to prepare for Event 1.2, scheduled for next week at the Sailing Circle of Gargnano, where the second part of the first Grand Prix Persico 69F CUP will be held. 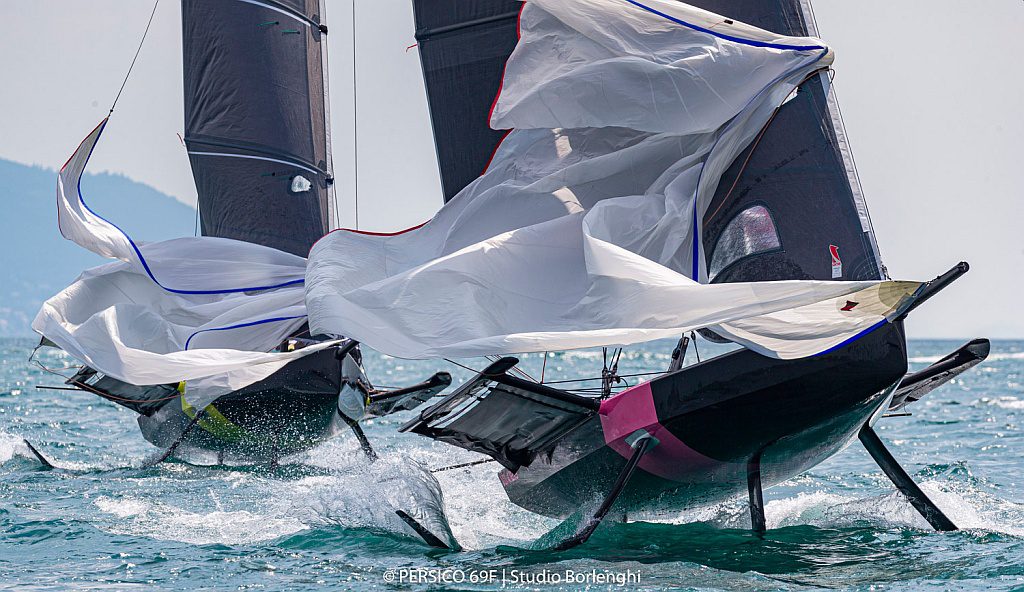 The Persico 69F is a foiling monohull created and developed by Team 69F in collaboration with Persico Marine the Italian shipyard that is the official foil supplier for all the teams competing in the upcoming America’s Cup.

Each Persico 69F event involves six boats: each week during the Cup – from Tuesday to Thursday – the six teams will be provided with boats to train with the support of coaches and the shore team. The regattas will then be raced from Friday to Sunday.

The first season of the Persico 69F Cup started on 14 July with the first Grand Prix (event 1.1). 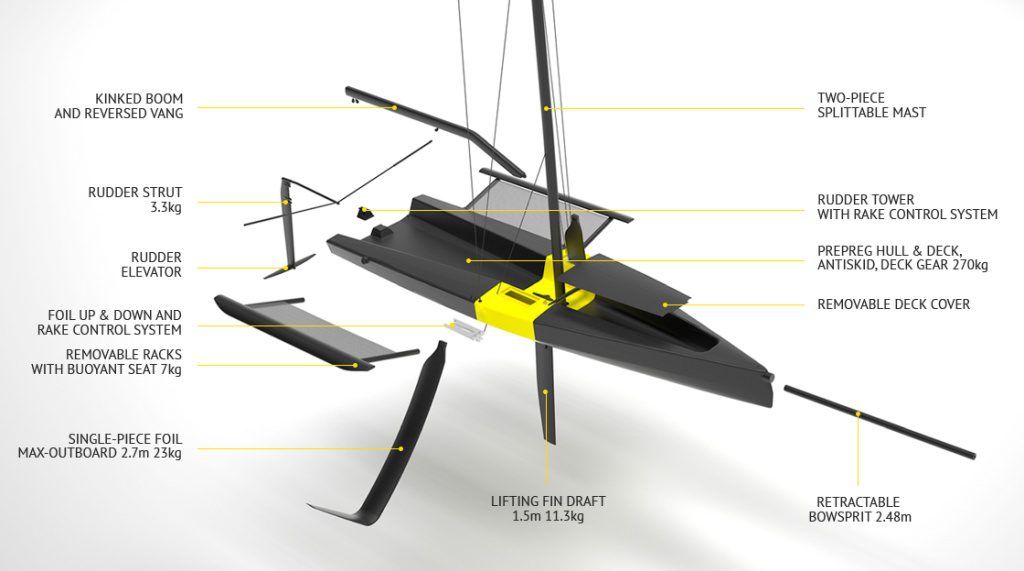 It is equipped with a square-top full batten mainsail, full batten jib and a gennaker and has 40 square metres of sail area.

The components are detachable and fit in a 40ft container for ease of transport. The design allows six hulls to fit in a 40’container.

The Sailing Team that never was - Moscow 40 years on