Norway’s Artemis XIV has successfully defended the Scandinavian Gold Cup in 5.5 Metres after a one race final against Britain’s Girls On Film.

Two races were possible, but Kristian Nergaard, with Johan Barne and Trond Solli-Sæther got the job done in one race to win the Cup for the eighth time.

The 100th Anniversary 2019 Scandinavian Gold Cup at the Nyländska Jaktklubben in Helsinki, Finland, had come down to two boats, a mix of experience and optimism.

One team have been together for more than a decade, winning many world championships and Gold Cups, and were defending champions.

Nergaard had already won the Cup seven times as helmsman and three times crewing for his father. 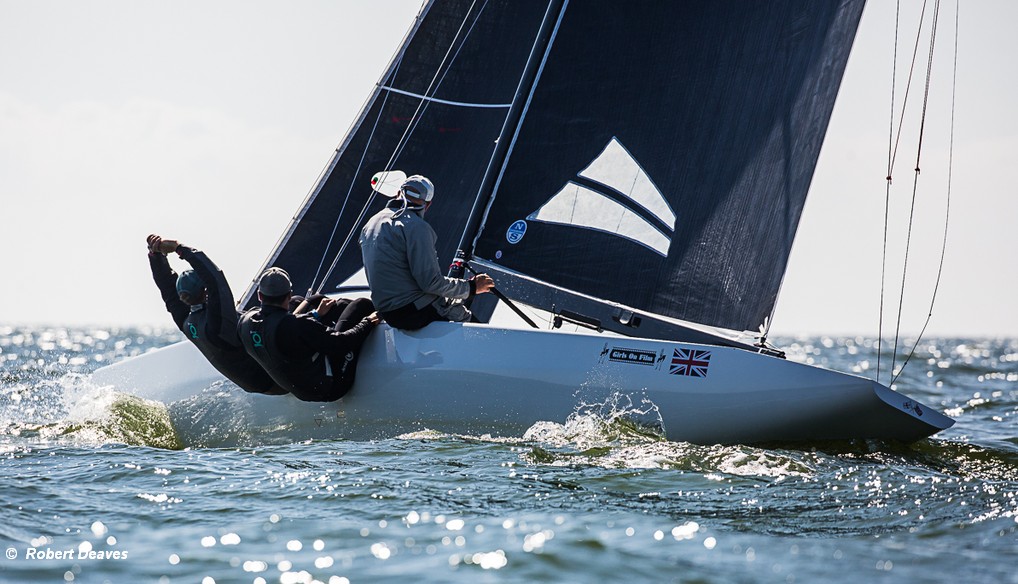 Hoping to overcome these odds were the new team of Peter Morton, Ben Cornish and Sam Haines on Girls on Film, in only their first year in the class and only their third regatta.

But it was a crew full of experience and optimistic about their chances. It was a tall order but they were up for the challenge.

NOR 57 Artemis XIV was 2:1 up against Girls on Film and needed just one race win.

GBR 40 Girls on Film needed to win both possible races.

Artemis XIV attacked early in the pre-start but allowed Girls on Film to escape for the better start and trailed them to the top mark.

On the first downwind Artemis XIV took both boats to the left, gybed and took the right gate while Girls on Film took the left.

At the next cross Artemis XIV was ahead and covered for the remaining two laps to cross the line with a comfortable lead and retain one of the biggest prizes in the class.

Other 5.5M Racing in Helsinki:

Two more races are scheduled for Royal Kaag Classic Cup and the Hankø Evolution Trophy on Saturday while the Moderns will sail the Pata Cup, a two-race invitation regatta organised by the NJK.

Racing for the 2019 5.5 Metre World Championship begins on Monday 29 July with a 9 race series scheduled, ending on Friday 2 August.