All four classes took to the water on Day 1 of racing at the Para World Sailing Championships in Puerto Sherry, Spain.

Triple Paralympic medallist Damien Seguin leads the way so far in the 18-strong 2.4m. The Frenchman won two races and came second in another, and is relishing the conditions and competitive racing in Puerto Sherry so far.

Antonio Squizzato from Italy is second by four points, having collected two thirds and a second, with Spaniard Arturo Montes, who won the second race of the day, in third place overall. 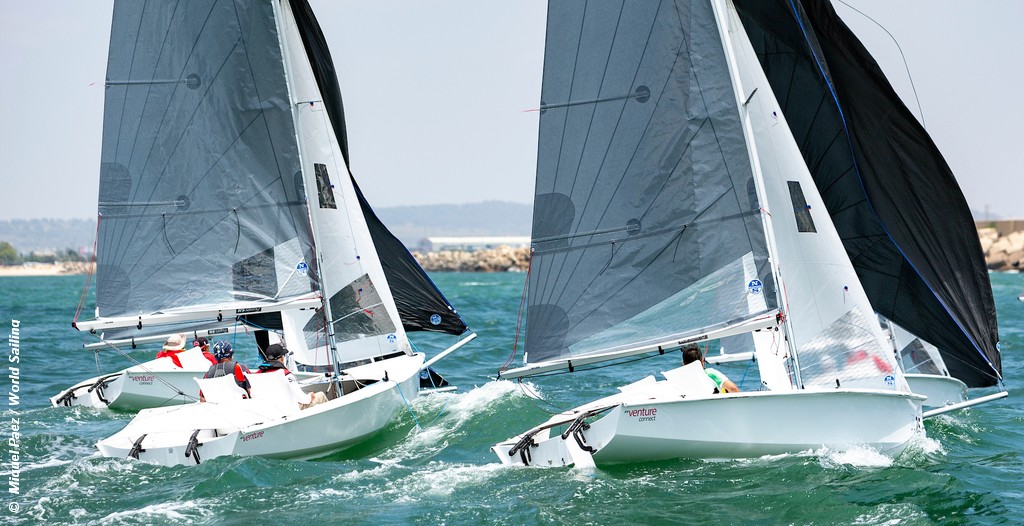 Over in the RS Venture Connect, two fleets of five crews each completed five races in both.

Topping the Yellow fleet, and sitting in second overall, are Canadian duo and Rio 2016 Paralympic medallists John McRoberts and Scott Lutes. They won three races and came second in the other two, although they aren’t getting carried away just yet.

In the Blue fleet, Fabrizio Olmi and Davide Di Maria of Italy took an impressive four wins and one second to lead overall.Their compatriots Marco Gualandris & Emiliano Giampietro are currently third, but points are tight at the top. 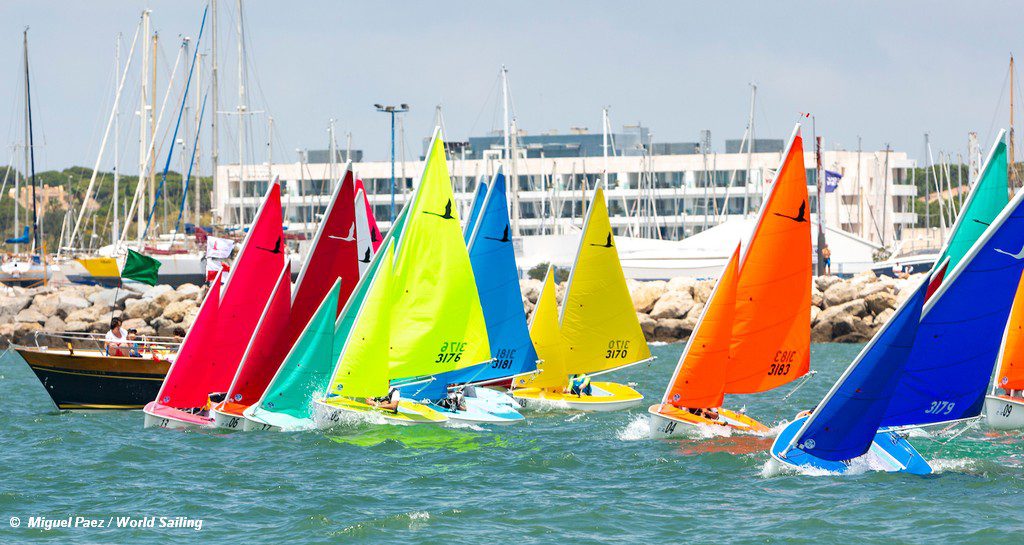 The Hansa 303 Men’s contingent is the biggest with 36 sailors, and they were also split into two fleets.

Both the Yellow and Blue fleets completed three races each, with Poland’s Piotr Cichocki gaining an early advantage.

The 2018 bronze medallist and 2017 gold medallist won two races and came second in another, but he’s only two points ahead of Frenchman Edouard Champault, who battled hard against him.

Only one point separates each of the top three, with fourth-placed Ana Paula Marques, last year’s gold medallist, currently six points behind Weatherly.